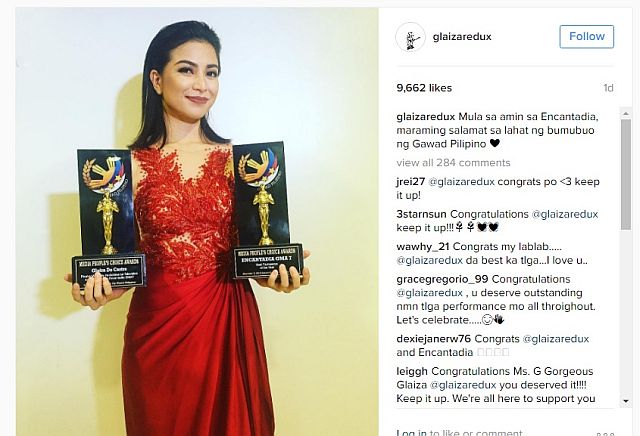 Glaiza, for her role as Sang’gre Pirena, and John, who plays “Hagorn” were named Best Actress and Best Actor respectedly during the awards held last Dec. 7 at the Quezon City Theater.

The actress also received another award, on behalf of the GMA Telebabad show after it was named Best Fantaserye of the Year.

Glaiza expressed her gratitude to the award-giving body.

Meanwhile John also took to social media to show his gratitude for the award.

“Thank you Gawad Filipino for the Best Actor Award for Encantadia. Congratulations to @glaizaredux for the Best Actress Award and @gmaencantadia as People’s Choice for Best Fantaserye of the year 2016,” he posted.

Pia Wurtzbach joins calls for Cebuanos to stay at home, help in fight vs COVID-19

How to spend and cap off your 4th of July celebration

Get your traditional Filipino bread fresh at Muy Bien Panaderia