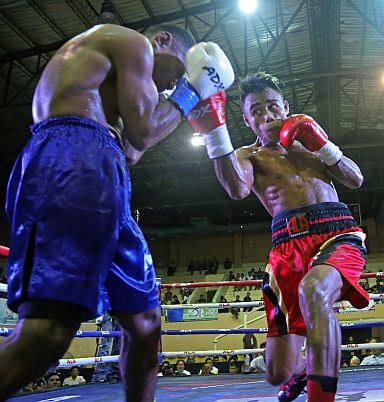 The promising 20-year-old featherweight Santisima holds a record of 12 wins with 11 knockouts and two losses. He became an instant attraction in the Philippine boxing scene following his roaring debut in the Pinoy Pride Series, where he scored a technical knockout victory over veteran Marco Demecillo last February in Cebu.

He got the biggest break of his career when he was featured in the undercard of the world championship bout between Nonito Donaire Jr. and Zsolt Bedak also held in Cebu in April.

He won impressively against Indonesian Terdchai Doungmontree in the first round.

Santisima continued to make a name in the local boxing scene when he spearheaded the return of “IDOL Series” last July in Mandaue City, where he faced Indonesian Junior Bajawa. He knocked out Bajawa in the third round.

His most previous bout was last Nov. 26 at the Cebu Coliseum against former WBC International Bantamweight champion Rex Wao, where he won by TKO.

ALA Promotions International CEO Michael Aldeguer said they are already including Santisima in their fight cards next year. He added that the young boxer has power and heart to become a star and a world champion.

“He should have a breakout year in 2017, as he is exciting to watch,” Aldeguer said.

Read Next
2 Cebuanos make 2nd round of Dagitab Festival netfest