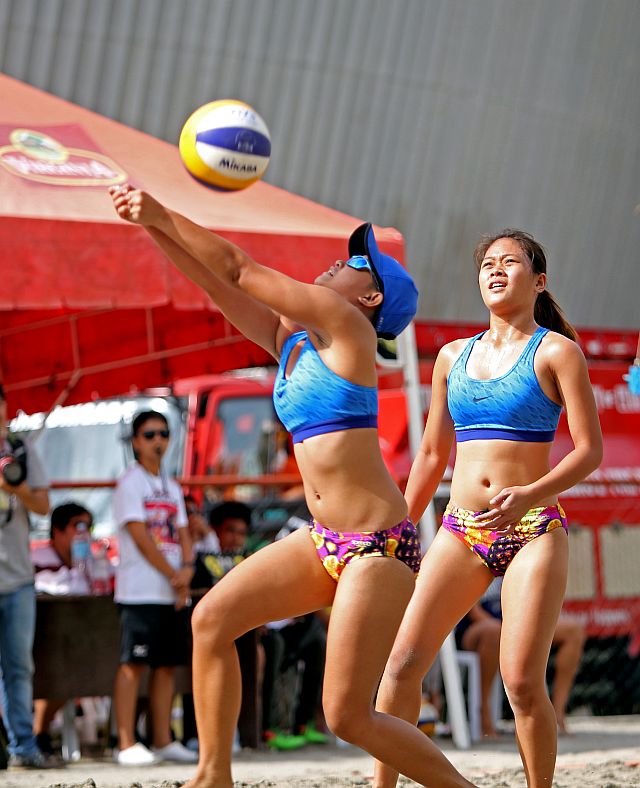 The University of the Visayas (UV) ended its three-year title drought in the Cesafi beach volleyball tournament in style, as it dethroned the defending champion University of San Jose-Recoletos (USJ-R) yesterday afternoon at the Southwestern University (SWU) sand courts.

The Spiking Lancers duo of Jojo Noval and John Juban shocked the Spiking Jaguars trio of Kent Verbosidad, Alastair Gairanod and R.A. Tecson, 22-20, 21-18, in the winner-take-all finals to take the men’s crown which UV last won in 2013.

It was a sweet victory for former UV beach spiker and now Spiking Lancers head coach Jade Becaldo, who was part of that 2013 team that won the crown together with Mark Fernandez and Mike Abria.

“We just played hard. USJ-R is a great team. [But] in close games like this, techniques matter,” Becaldo, a former national team member, said. “I told them to minimize their errors so that we [have a better chance to] win.”

Juban, who won MVP honors, later made the biggest play of the game when he caught an off-balanced set from best attacker Jojo Noval for the game-winning spike that left USJ-R looking dejected and shocked.

The Spiking Jaguars were the favorites this season being the defending champions. They lived up to that lofty billing, winning all of their five games in the elimination round and advancing to the finals with a victory over the SWU Cobras, 24-22, 21-18, in the knockout semis. All in all, USJ-R lost just one game this season, but it was the game that mattered most.

It was a double whammy for USJ-R as its women’s team lost to the SWU Lady Cobras in the women’s finals held earlier in the day.

Best attacker awardee Floremel Rodriguez played through an illness and carried the Lady Cobras to their fourth straight title via a 27-25, 22-24, 15-10 victory over the USJ-R Lady Jaguars .

The 2015 MVP Rodriguez was not 100 percent coming into the game, but she still delivered when the team needed her as she scored the last three points of the set that sealed the game.
“My family, friends and teammates motivated me to go on,” a pale Rodriguez said after the game.

The Lady Panthers recovered to take third place in the women’s side with a 21-19, 21-9 triumph over the University of Cebu (UC).

In the boys’ division, newbie UC Junior Webmasters pulled off a monumental upset against the University of San Carlos (USC), 27-25, 21-14, for their first championship crown in the league. Champions in girls’ play were the SWU Baby Cobras, who won their second straight title with a 21-18, 21-17 victory over USPF.