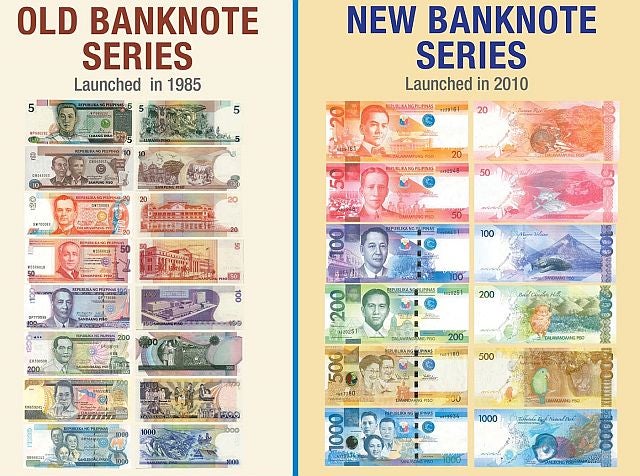 The Bangko Sentral ng Pilipinas (BSP) is reminding the public to let go of their old bills or the New Design Series (NDS) bills because these will lose their value or will be demonitized by Jan. 1, 2017.

Lawyer Leonides Sumbi, BSP Cebu regional office director, said that they should have these NDS bills exchanged with the new bills or the New Generation Currency (NGC) on or before Dec. 29 in authorized agent banks or the BSP directly.

Sumbi said that the last day to exchange the bills would be on Dec. 29 because Dec. 30 is a bank holiday and Dec. 31, New Year’s Eve, is a special non-working holiday.

“If they can’t have that exchanged by then, then banks won’t accept the old notes after (that),” said Sumbi.

There are exemptions to the deadline, however, such as authorized agent banks, and city, municipal and provincial treasurers who have until March 31, 2017.

Clerks of court handling NDS notes as evidence in criminal cases have six months from the termination of the case to have these notes exchanged.

Overseas Filipino workers (OFW) and overseas Filipinos (OF) have Oct. 1 to Dec. 31 this year to register with the BSP online for an extension. Sumbi said they have one year after registration to exchange their old notes.

Sumbi said OFs located in countries experiencing geopolitical crisis during the registration period may opt to have their old notes exchanged when they get back to the Philippines, given that they can provide any proof where they used to be.

BSP Circular No. 910, issued last Sept. 30, also increased the allowable amount to be exchanged by OFs under the NDS banknote exchange facility from P10,000 to P50,000.

Sumbi also reminded the public against the proliferation of fake currency during the holiday season.

She encouraged the public to be vigilant and to be very careful in dealing with P1,000, P500 and P200 bills since these are the denominations that are usually counterfeited.