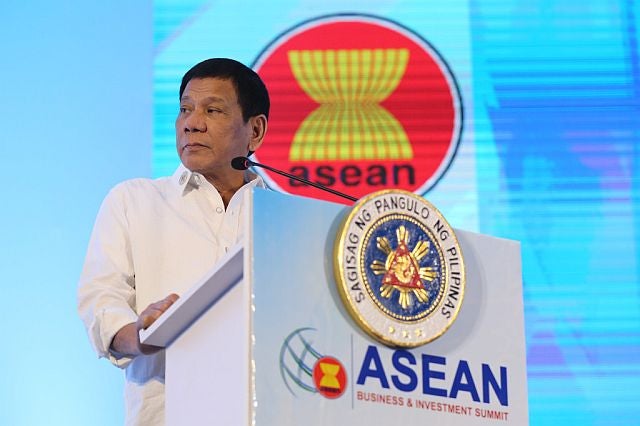 Business leaders in Cebu are optimistic about the future of the Asean Economic Community (AEC) under the leadership of President Rodrigo Duterte, who will assume chairmanship of the regional bloc in 2017.

Ted Locson Jr., Cebu Chamber of Commerce and Industry (CCCI) vice president for external affairs, said next year will definitely see a proactive effort to integrate and expand the area of intra-Asean trade.

“This 2016 alone, we have seen substantial interest from different Asean countries to do business in the Philippines as well as looking for possible investors from us. I have no doubt with President Duterte’s chairmanship (that) he will encourage the acceleration process for integration of trade among Asean countries,” he said in a text message on Monday.

Citing an HSBC research note on the AEC released last Dec. 13, an Inquirer report said economists pointed out that very little progress had been made since the AEC was created on Dec. 31, 2015.

The note stressed that intra-Asean trade had even contracted at nearly the same rate as the total Asean exports to the rest of the world.

Trade within the economic bloc declined by 3.5 percent in the first nine months of 2016 since the implementation of the AEC, matching the 3.9 percent slump in regional exports during the same period.

“We predict that the Asean, given its potential, could become the biggest single economic bloc globally,” he said.

This economic bloc includes countries with higher per capita income such as Singapore and Brunei as well as middle-income economies like the Philippines, Vietnam, Thailand, Malaysia, and Indonesia.

“New frontiers” such as Burma (Myanmar), Laos, and Cambodia are also included.

Toward the end of 2016, Duterte has already visited neighbor states including Singapore, Malaysia, Vietnam, Brunei, and Indonesia.

Soco said he had trust and confidence in Duterte as the President is “an advocate of regionalization and unification.”

With this development, the business leader said he expects a more level playing field in the global market.

Ma. Teresa Chan, past president of the CCCI, said the strengthening of ties among Asean countries had been one of President Duterte’s goals even before he became the bloc’s chairperson.

“He believes in the political as well as economic benefits and powers a united Asean can wield. He will give this priority and the appropriate support to accelerate fruition, to include intra-Asean trade,” she said.

The Philippines is set to take over the rotating leadership of the Asean at a time when the regional bloc is entering its 50th year, with hope that Duterte would make a strong push for further integration, HSBC noted.

“After all, it is in the interests of the Philippines to promote services liberalization given its sizeable surplus labor force, much of which is trained in professions such as nursing, which is in high demand in other Asean economies,” the HSBC report added.

HSBC said that although the AEC implementation is progressing slowly, the region is moving ahead with outward trade ties.
Since Duterte is now the Asean’s chairman, the Asean Summit in 2017 will be held in the Philippines.