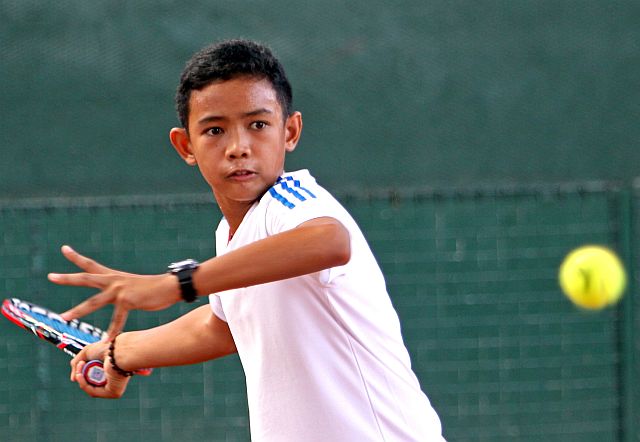 After a solid season last year that earned him a spot in the Asian Tennis Federation (ATF) squad, Cebuano netter Arthur Craig Pantino looks to start the year strong as he begins his campaign in the India-International Tennis Federation Junior tennis tournament today in Chandigarh, India.

Pantino made his presence felt when he shocked world No. 19 Yu Hsiou Hsu of Chinese-Taipei, 6-3, 3-6, 7-6, in the quarterfinal round of the China World Junior Championships in August last year.

Although he would eventually lose to world No. 6 Wu Yibing of China in the semis, that single finish was more than enough to help him clinch a spot in the ATF squad.

The 15-year-old Pantino, who once played for the University of San Carlos (USC), was the only Filipino who made it into the star-studded ATF squad composed mainly of Indian netters in World No. 152 Siddhant Banthia, Vassist Cheruku and Syria’s Hazem Naow.

It will be just the first out of three tournaments for the five-foot-eight dynamo this month alone as he is set to strut his wares in New Delhi on Jan. 9 to 14 and in Calcutta on Jan. 16 to 21.

Pantino, who is currently ranked 299th by the ITF, knows that it won’t be easy for him in the coming tournaments as he is up against world-class opponents. But he’s up to the challenge.

“My goal is to win the championship but I think it’s [going to be] tough,” Pantino said. “I’ll just [take it] one game at a time.”

The youngster is set to go up against India’s Naithaolin Calvin Golmei today at 11 a.m. (Philippine time).

Read Next
Cebuanos to vie in National Amateur Golf Open