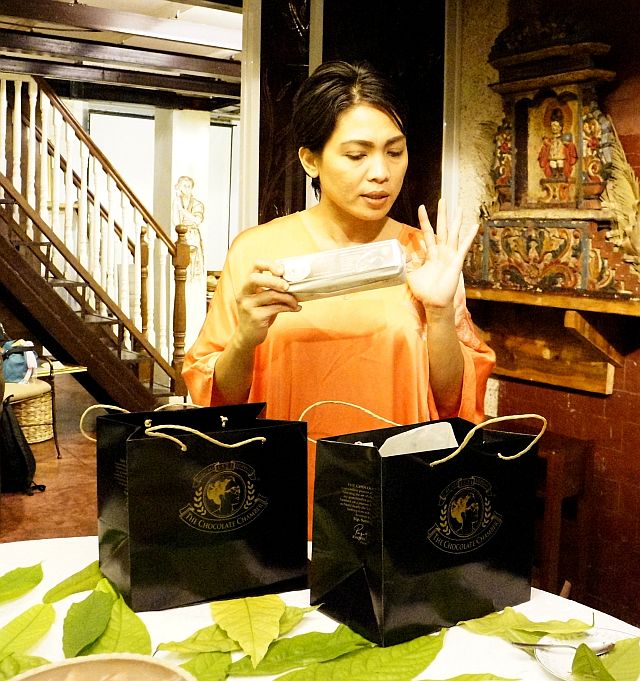 Chocolate Queen Raquel Choa shows some of her chocolate products at the Casa de Cacao in Barangay Mabolo, Cebu City in this October 2016 photo. (CDN FILE)

The year 2016 has been a milestone year for Raquel Choa, who was hailed as the Philippines’ Chocolate Queen since she launched Ralfe Gourmet in 2011.

Before 2016 ended, she traveled to New York with daughter Hannah to present her chocolate creations including Cacao De Bola, pure cacao beans shaped into a ball that can be garnished on any dish.

This year, Choa was named Inquirer Ambassador and was awarded as one of the 100 Most Influential Women by the Filipina Women’s Network.

Her retail business, The Chocolate Chamber, is making waves in the local dining scene. Just recently, she launched Chocolatada, a chocolate party that can be booked at Ralfe Gourmet Casa De Cacao in Barangay Mabolo, Cebu City.

As 2017 beckons, Choa is set to open another venture called Batirol, aimed at reaching the mass market with affordable chocolate drink and other chocolate products. Batirol will also highlight cacao beans coming from different regions of the Philippines.

Choa’s hope for 2017 is for Filipinos to appreciate the “richness of our land and that we see the value of what we have as an archipelago.”

“As we take pride in our customs and practices, may we bring back the love of farming and convince others to plant cacao so together, we tell the whole world that we Filipinos exist in the world of cacao, in the world of chocolate-making,” she told Cebu Daily News.