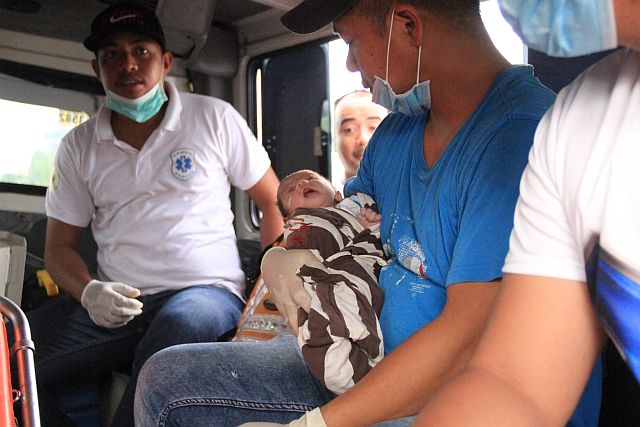 A two-week old infant was found by cane workers abandoned inside a sugarcane plantation in Barangay Alta Vista, Ormoc City at 4 p.m. today.

Barangay Patag Councilman Gilbert Pilapil, the overseer of the plantation owned by the Pongos family, said he was informed by his son-in-law that cane workers passing at the junction going to the Ormoc Cemetery heard the cry of child from inside the rows of planted sugarcanes.

He immediately went to the area and found the infant crying hard because its clothing was drenched by the rain, which occurred earlier in the afternoon, and whose back was being bitten by ants.

Pilapil said he called the Ormoc Rescue group for help, which, in turn, brought the child to a local hospital where it was found that the infant was a boy believed to be two to three weeks old.

Pilapil said a witness reported having earlier seen a woman carrying a child on board a motorcycle marked “Wizard” and driven by a man. The two were strangers to the community

The infant has been turned over to the custody of the City Social Welfare and Development Office, Pilapil said.