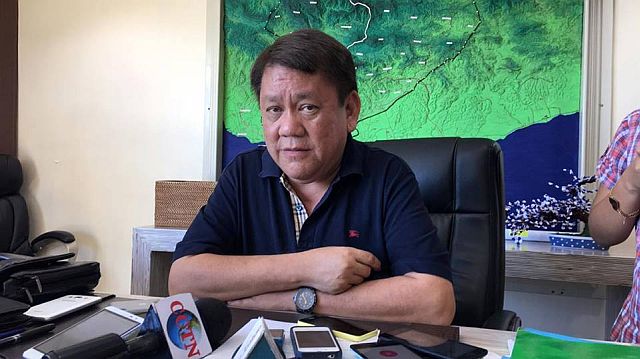 Another tax-related complaint was filed by Cebu City Mayor Tomas Osmeña this time against a security agency, which once was contracted by City Hall, for alleged undeclared and/or falsified gross income.

Osmeña filed a judicial affidavit-complaint before the Cebu City Prosecutor’s Office against GDS Security and Detective Agency, Inc. for allegedly falsifying documents and under-declaring their gross receipts/sales for 2015, to decrease and evade their business tax liability.

The amount, however, did not coincide with the amount the company declared in its annual income tax return for the year, filed with the Bureau of Internal Revenue (BIR), which was P19,379,913.00.

Moreover, during that year, the Cebu City government contracted the services of GDS Security and paid the company P32,725,231.58 that year through 26 Banco de Oro and Land Bank of the Philippines checks.

Bank statements show that all of the checks have already been encashed/deposited by GDS Security and had been debited from the account of the city government.

“Hence, for the year 2015, it is impossible for herein GDS to be able to declare the amount of P14,241,096.27 as its gross sales/receipts in its application form for renewal of its business permit or P19,379,913.00 as its gross sales in its annual income tax return and statements of income when, as a matter of fact, it had actually received a total of P32,725,231.58 from the City Government of Cebu in the same year,” Osmeña said in his affidavit.

To further drive his point, Osmeña said in his affidavit that “GDS itself submitted its statement of all government and private contracts completed which are similar in nature” and that the company “undeniably stated” that it had completed 100 percent of its contract with Cebu Port Authority in the amount of P36,676,063.82 for the period between January 1, 2015, and December 1, 2015.

“Clearly, it cannot be denied that regardless of whether GDS is using Cash or Accrual basis, it has indeed under-declared its Gross Sales/Receipts for the year 2015,” said Osmeña.

The management of GDS Security is set to issue a formal statement next week on the tax fraud case filed against them by Osmeña.

In a phone interview with CDN, GDS operations manager Raul Rendon said they have not yet received a formal copy of the complaint filed by the mayor against them and still have no idea as to the basis of the complaint.

“The right person that can give a comment is our general manager. He is still out of town. We will have a statement by Monday,” Rendon said.

Rendon said GDS has been in existence for over 20 years and that they now have around 800 security personnel serving different offices and establishments in the city.

Most of the offices they serve are government agencies including Cebu City Hall.