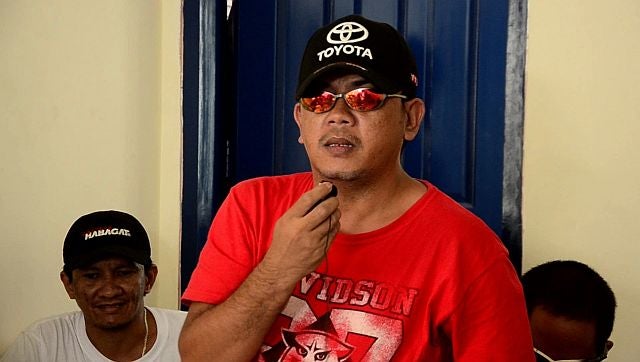 Ferdinand Rondina, 38, was watching television news report at the barbecue stall of his sister just outside his house when two men shot him at the different parts of his body about 7:30 p.m.

When the victim fell on the ground, the gunmen, who were both wearing bonnets, shot him in the face to finish him off.

His relatives rushed him to a private hospital where he died.

Senior Insp. Joseph Joevil Young, head of the City Anti-illegal Drugs Special Operations Task Group, said they had yet to determine the motive in the killing.

He said Rondina had stopped his illegal drugs trade as they could no longer buy shabu from him despite several attempts.

“We will help in the investigation because his death may be drug related,” he added.

Rondina was among the trusted men of Kerwin, considered the biggest drug lord in Eastern Visayas composed of the provinces of Leyte, Southern Leyte, Samar, Eastern Samar, Biliran and Northern Samar.

He reportedly stopped his operation in July when he surrendered during Oplan Tokhang, a police house-to-house campaign to urge known drug personalities in the community to stop their illegal drugs operation.

Rondina also surrendered to Chief Insp. Jovie Espenido, then Albuera police chief, when he learned that he was among those named by Kerwin’s father, Mayor Rolando Espinosa Sr. as among those involved in his son’s illegal operation.

He was later used by Espenido as witness to the charges that the police officer filed against fellow men in uniform who allegedly were protecting Kerwin’s operation.

Espenido earlier explained that Rondina was trusted by Kerwin to distribute money to police and local officials whom the drug lord wanted to get favors from.

Mayor Espinosa was killed inside his cell at the sub-provincial jail in Baybay City, Leyte on Nov. 5 in what the Criminal Investigation and Detection Group claimed was a shootout.

Espenido was later transferred to Ozamiz City, Leyte after he was tagged by Kerwin as the one who introduced him to Ronnie Dayang, driver of now Sen. Leila de Lima who allegedly received P8 million in campaign funds from the drug lord. Espenido had denied the claim.

According to witnesses, Rondina had just finished reading his Bible after dinner about 7:30 p.m. when he decide to go out of his house on Juan Luna Street.

He then went to the stall of his sister and watch a news report on television.

Rondina was engrossed watching TV that he didn’t notice two men in bonnets approached him and shot him repeatedly.###

Read Next
Sinulog security boosted with help from Muslim community

VVOC: No expiring COVID-19 vaccines by the end of June

Cebu City to file charges against persons behind bomb threats