Youth and prayers win it for Talisay School 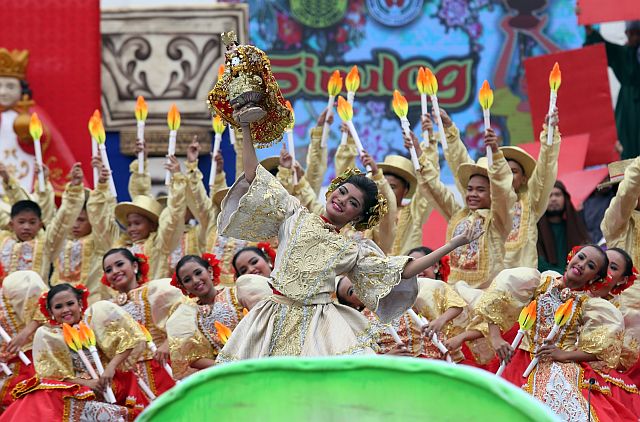 The youth need to learn the essence of prayer in attaining lasting peace in the country and in the world is the theme of the Talisay City Central School contingent in their winning performance of yesterday’s Sinulog sa Kabataan sa Lalawigan elementary school division held at the Cebu City Sports Center.

While most of the contingents depicted the saving intervention of Señor Sto. Niño in today’s crisis situations, the Talisay contingent clad in sparkly gold and crimson red gowns and barongs painted a beautiful picture of the joyful mystery in an attempt to remind their fellow youths of God’s greatest gift to mankind: The birth of the Child Jesus. 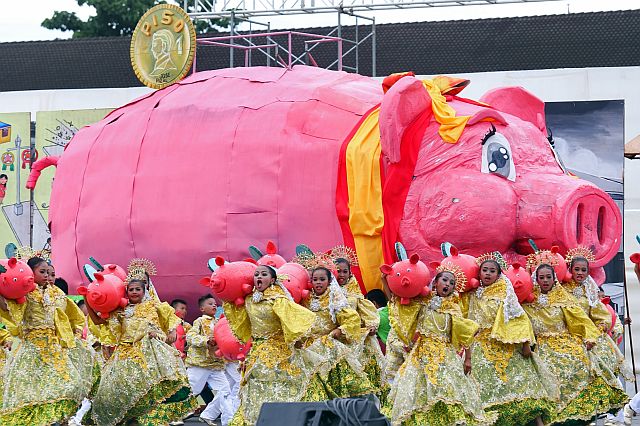 The Danao Youth Cultural Troupe bags the second place of the elementary division of the ritual showdown of the Sinulog sa Kabataan. (CDN PHOTO/JUNJIE MENDOZA)

Talisay City bested four other contingents in the category namely Tribu Ginatilanon of the Municipality of Ginatilan, Tribu Sugbogo of Bogo City, DepEd Danao Youth Cultural Troupe of Danao City and the Pundok Nagahanon of the City of Naga.

Before this year’s triumph, Talisay City has marked a three-peat win during 2013, 2014 and 2015 before they went on hiatus in 2016. This year they returned and continued with their winning ways.

Talisay edged out last year’s defending champion, the City of Danao, in a sweeping win by bagging the Best in Musicality and Best in Costume awards as well. 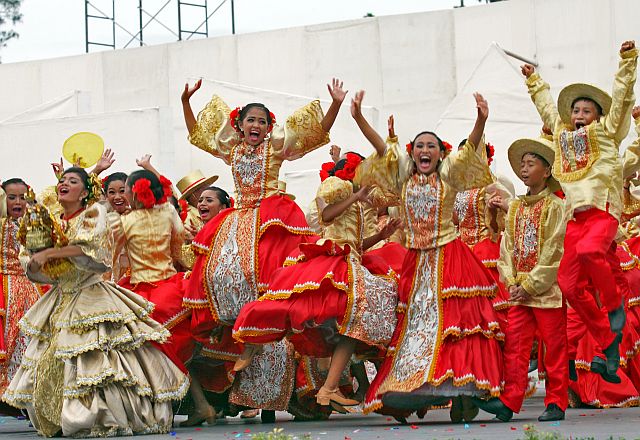 The city’s presentation depicted the five Joyful Mysteries namely the annunciation, the visitation, the nativity, the presentation and the finding of the Child Jesus in the temple. The turn of each mystery was accentuated by the dancers’ change of costumes, props and backdrops towards the end of the presentation.

Caño related that far more than thinking that they are competing with hundreds of other talented dancers in the province, the heart of the Sinulog sa Kabataan sa Lalawigan is dancing wholeheartedly for God’s glory while presenting your petitions to the beloved Sto. Niño.

One of the dancers, nine-year-old Anne Hyacinth Del Rosario, said she was elated that their long hours of practices had paid off.

Her mother, Hermie, shared that the Sto. Niño revealed himself to Anne Hyacinth when she was just five years old during an accident. Hermie said that the Holy Child came to the rescue of her daughter and healed her and since then, it has become her thanksgiving offering to Sto. Niño to allow her daughter to grace the yearly competition. 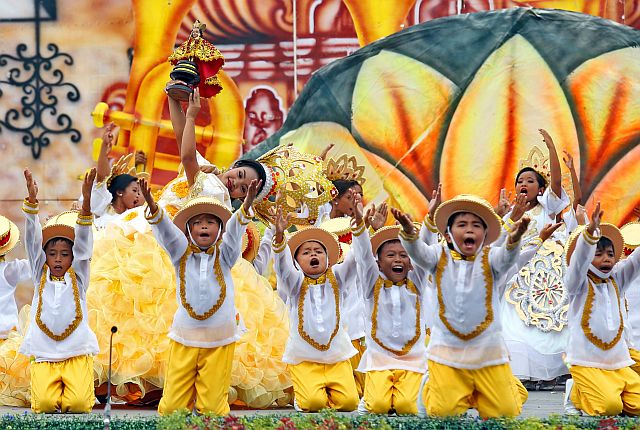 The Naga City Division takes the 3rd place in the ritual showdown of the elementary division competion. (CDN PHOTO/JUNJIE MENDOZA)

“I’m not expecting for them to win. All that I’m after is for this act to become an offering to Sto. Niño. Praise God for letting us win,” Hermie told CDN in Cebuano.

In the secondary division, the Tuburan National High School of the Municipality of Tuburan emerged as the victor, bouncing to the top from the third place last year.

“We really did not expect to win because we committed a lot of mistakes in the dance steps and formation. We honestly thought that Carcar was going to win because their presentation was also great,” said 14-year-old Goldie Sarbida, one of the dancers.

She said that all they prayed to the Holy Child is to grant them strength and presence of mind for the presentation.

Read Next
Who is the girl leading the Ginatilan dancers?