Vehicle ban to be imposed along Sinulog parade route 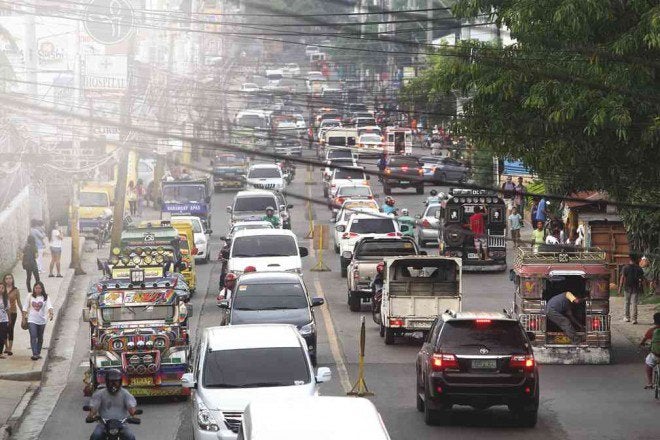 Delivery trucks of establishments along the solemn procession route on Saturday and the Sinulog Grand Parade route on Sunday will have to deliver their establishments’ supplies early on those days because the Cebu City government will impose a vehicle ban two to three hours before the start of those events.

Cebu City Councilor Dave Tumulak said the vehicle ban would be imposed two to three hours before the start of the two events for the Sinulog weekend and would be in place until those events would be over.

“We are urging establishments along the routes to deliver their goods earlier so that their operations will also not be hampered,” he said yesterday.
Tumulak, who is also the deputy mayor on police matters, said that metal or concrete barriers, trucks and other vehicles would be placed along all intersections leading to the two routes to physically prevent vehicles from getting in.

They have identified 46 intersections along the route of the solemn procession, which starts at 1:30 p.m.

It will start at the Basilica Minore del Santo Niño going to Osmeña Blvd. to Gen. Maxilom Ave. then to Imus Road to MJ Cuenco Ave. to Urdaneta St. and Burgos St. back to the basilica.

On the other hand, 30 intersections have been identified with the route of the Sinulog Grand Parade, which will start at 9 a.m.

The parade will start at the Imus Road, to MJ Cuenco Ave., then to Gen. Maxilom Ave. to Fuente Osmeña and Osmeña Blvd. going to the Cebu City Sports Center.

He said that the ban is part of the security measures to allay devotees’ concerns and fears in joining the two events.