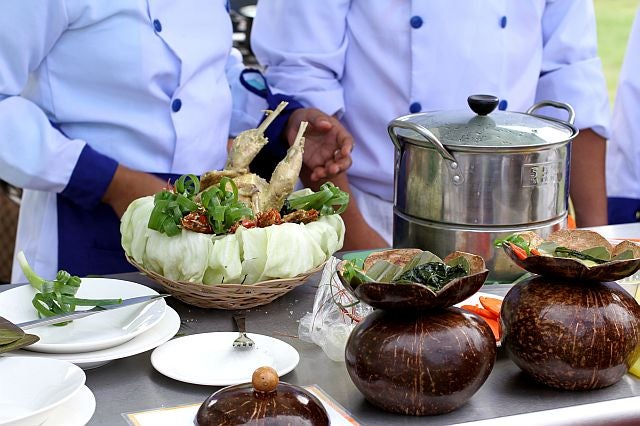 THERE’s a comical brilliance in blissfully stuffing sorts of food into your mouth at a culinary festival because as the tummy expands, well, so does the palate. Cebu is home to many cultures and flavors, and once in a while, we get to improve, if not discover new tastes in the local culinary scene that is distinctly Cebuano. We take it as having to dine at different culturally rich places in Cebu from north to south all at once.

The Provincial Tourism Office, along with the Municipality of Argao, capped 2016 with “Eats Meets West” Culinary Festival last December. The festive and informative two-day culinary event was held at the historical Cabecera de Argao, a well-preserved Spanish colonial town plaza. It is the fortified town center and seat of the Argao municipal government.

The participating towns were the municipalities of Aloguinsan, Argao, Alcantara, Balamban, Barili, Dalaguete, Santander, Samboan, San Remegio, Tuburan, and Pinamungajan. Vice Governor Agnes Magpale graced the event with her presence—examining the food presentation and commending the participants who joined.

The Best Main Course was awarded to San Remegio for its Manok
sa Lutong Kawayan. It was cooked in a bamboo culm heated on top
of charcoal burns, a traditional style of cooking back in the day. The second place went to Argao’s Busog nga Manok Bisaya, and third place was awarded to Samboan’s Manokhang.

The Best Dessert award went to Balamban for its Ube Halaya with Sweetened Coconut Meat and Tungaw-Tungaw or wild strawberry. 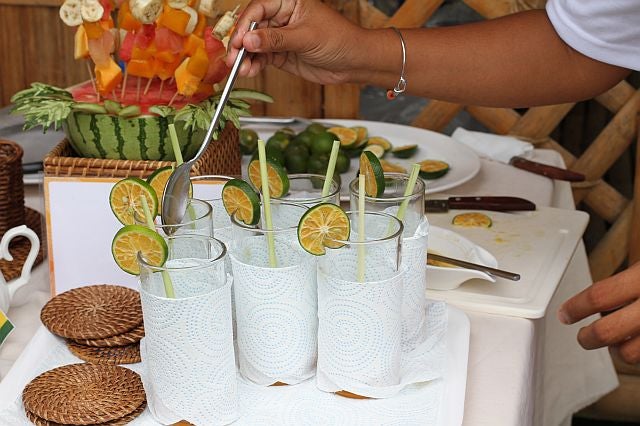 Other than food and delicacies, there was also the Best Welcome Lei, an award given to Argao. The winning welcome lei was made from Argao’s textile called Hablon with elements that reflect the products the town is popularly known for—the
torta, tablea and tuba.

Tuburan bagged the Best Table Setting award which shows one of its grandest rivers—the Adela River. Interestingly, Tuburan has been growing and harvesting coffee beans and now has a total area of 2,000 hectares of coffee farms. This is expected to boost the local coffee industry in Tuburan in the next few years and, eventually, expand the production and market of local coffee growers in Cebu. 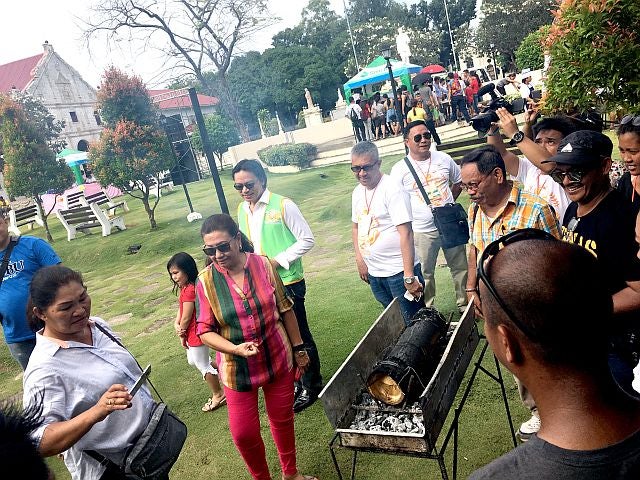 The day before the culinary competition, an interactive food forum was held by respectable speakers—Laila Labajo who discussed about Cebuano Food and the Galleon Trade, Ame Garong on Philippine Ancient Diet, Hendri Go on Establishing a Town Café, and Eleanor Rivera on Organic Farming and Holistic Healing.

The local culinary festival headed by Tourism Officer Boboi Costas was on its second year and had twice the number
of participants from when it first kicked off.