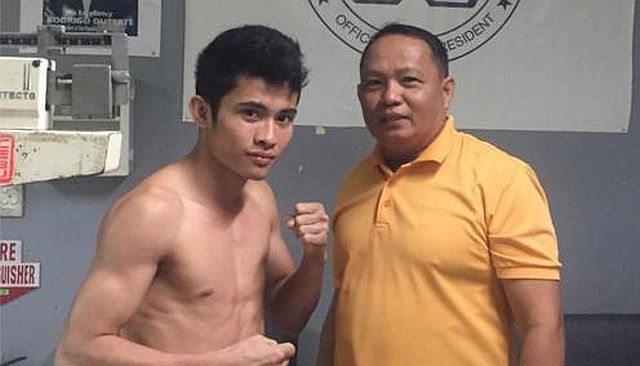 ALA Boxing Gym’s Melvin “Gringo” Jerusalem’s discipline and determination paid off as he passed the mandatory weigh-in prior to his world title showdown against the reigning World Boxing Council (WBC) world minimum weight champion Wanheng Menayothin of Thailand on Jan. 25 in Phitsanuloke Province in Thailand.

The 22-year-old Jerusalem, who holds a record of 11-0-0 (win-loss-draw), tipped scales at 107.5 pounds exactly a week before his world title fight against Menayothin (44-0-0, 17KOs). The mandatory weigh-in was done is accordance to WBC rules. It was held at the Games and Amusements Board (GAB) office and was supervised by Rolando Mendoza.

The official weigh in will be held the night before the fight.

Jerusalem is scheduled to leave for Thailand on Friday along with trainers Michael Domingo and Edito Villamor.