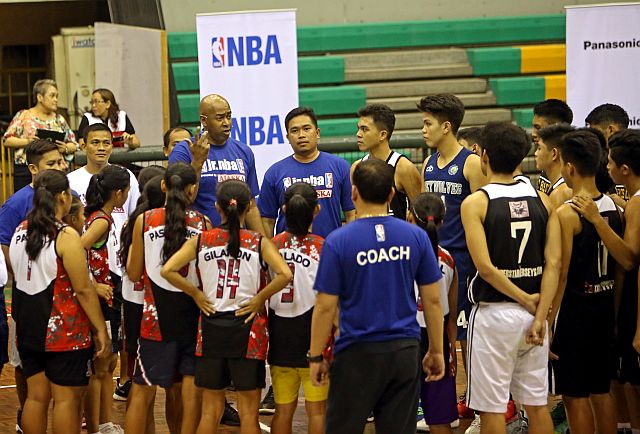 HEIGHT should never be an impediment in the Filipinos’ pursuit of their basketball dreams. NBA Asia Director of Basketball Operations Craig Brown stressed this as he conducted a clinic for Cebuano coaches as part of the 2017 Jr. NBA/Jr. WNBA.

In a conversation with Brown before the clinic, the affable coach rattled off a bunch of names to emphasize his point that height isn’t necessarily might at all times, especially in the big leagues.

“Muggsy Bogues. Earl Boykins. Spud Webb. Isaiah Thomas. Allen Iverson. All of those people were under six-feet tall so let’s change the mentality here in the Philippines that we can’t do it because we’re not tall but trusting and believing that there’s only one LeBron James in the whole world so let’s not compare ourselves to him,” Brown pointed out. “Let’s compare ourselves to other athletes who are of equal height and we may potentially have the same abilities if we trust and believe in ourselves and if we work on our fundamentals.”

Brown said he was looking forward to having more Cebuanos make it to the Regional Selection Camps and eventually, the National Training Camp.

“There were some really good and talented players here. All over the Philippines, the youth are playing ball at a great level and from a coaching standpoint, it’s up to us to help them develop and give them as much as we possibly can. Let them know the sky’s the limit.”

Read Next
Purisima, Napeñas charged for SAF 44 slays at Sandiganbayan