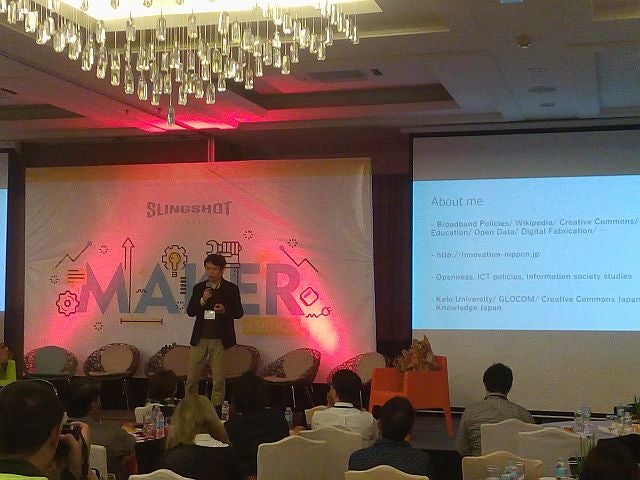 HAVING another Fabrication Laboratory (FabLab) in Central Visayas can improve the quality of products of more enterprises in the region.

Director Asteria Caberte of the Department of Trade and Industry in Central Visayas (DTI-7) said they were considering opening another FabLab in the region this year, although they had yet to determine the final site for the project.

“If I were to decide, we should have one more. This time, with the private sector, if it can be done,” Caberte told reporters at the Slingshot PH: Maker Edition, the Philippine FabLabs and Makerspaces conference, at Harolds Hotel in Cebu City on Wednesday.

The FabLab is a global space-sharing concept that gives art and design students, professionals, micro, small and medium enterprises (MSME), and the public access to advance prototyping, printing, and related equipment as well as training or workshop facilities.

At present there are two DTI-funded FabLabs in the region – one in Bohol Island State University and another in the University of the Philippines Cebu – with a total of 12 across the whole country.

DTI opened the UP Cebu FabLab in June last year, making it the first facility of its kind in the province and second one in the region after Bohol.

The agency invested P5.375 million for the facility in Cebu for the equipment which include a 3D printer, a laser cutter, a printer + cutter, a desktop vinyl cutter, a CNC router, and a benchtop milling machine.

For Tomoaki Watanabe, a project associate professor at Keio University in Japan, said FabLabs help in innovation of businesses.

He said that while there is a need to innovate due to increasing global competition, the first concern FabLabs should address was productivity.

“It can’t always immediately bring economic benefits, but it can bring productivity gains to its users,” he said during the conference.

Watanabe, who visited the Bohol facility a number of times, cited a community organization in the province that saw increased efficiency in production of candies after 3D-printing candy molds at the FabLab.

He said FabLabs would not only make production more efficient, but they could also help increase the market value of products through innovative packaging or designs.

Trade Undersecretary Nora Terrado, meanwhile, said there is a need for Philippine products to differentiate themselves from others in the market, especially in the context of the Asean integration.

She said DTI wants businesses in the country to be globally competitive as this would bring more trade and investment opportunities to the country.

“Trade and investments create, ultimately, jobs and business, which is all about the societal impact to citizens,” she said in a speech during the conference.

The agency targets to raise the value of Philippine exports to $122 billion by 2022, which Terrado said can only be achieved if there were more innovative companies in the country.