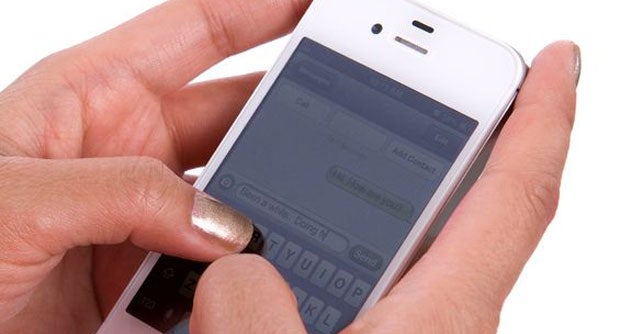 The National Telecommunications Commission in Central Visayas (NTC-7) warned the public anew of this scheme and urged victims to report any incident to their office.

“The number of victims have declined over the years, but the number of scammers has increased,” said lawyer Allan Macaraya, NTC-7 legal officer, in a forum last Tuesday.

In the last three years, he said they had accommodated an average of 100 related complaints from mobile phone users annually.

He said that most of the victims of text scams are senior citizens due to their limited knowledge of technology.

The most common types of scams through text are those with unknown numbers pretending to be a family member and then asking for money to pay for hospital bills following an accident.

Macaraya said that due to the seeming urgency of the text message, recipients give in to the requests of the scammer even without confirming the identity of the texter.

The largest amount lost which was reported to the NTC was around P100,000, he added.

Others pretend to be relatives living overseas, asking if they could borrow money which they will reimburse once they “come home.”

There are also those that tell their victims they accidentally loaded their phone credits to the wrong number, asking for it back.

Some, meanwhile, claim to be representatives of certain government agencies or private entities announcing that their victims supposedly won a contest.

Macaraya encouraged the public to verify the identity of texters claiming to be relatives before responding to their requests.

He also clarified that there are legal content providers duly registered with the NTC, whose names appear whenever they send subscribers text messages.

Messages from telecommunications companies are also sent through three-to four-digit numbers. If the sender has 11 digits, it is a personal number.

Macaraya also encouraged those who received such messages to report the numbers to NTC so these can be blocked.

Among the reasons the NTC thinks were behind the proliferation of text scammers include the affordability of mobile sim cards, which can be bought for as cheap as P10, and the lack of restrictions and penalties to deter troublemakers.

The NTC has been pushing for mandatory sim card registration to prevent scammers from pursuing their schemes because it will be easier for authorities to trace them once they do.

He also said that another way to deter these crimes would be the compulsory registration of a phone equipment’s number, allowing authorities to block cell phone use altogether.

“Once they are blacklisted by the networks, they won’t be able to use the phone no matter what sim card they insert,” he said.

At present, the commission is only mandated to block sim cards but this does not keep scammers from buying another sim card.

Macaraya said their office is ready to receive any complaint, whether about text scams or other telecommunications-related issue.

He said that while there are not enough laws protecting subscribers at the moment, the best the public can do is be vigilant.