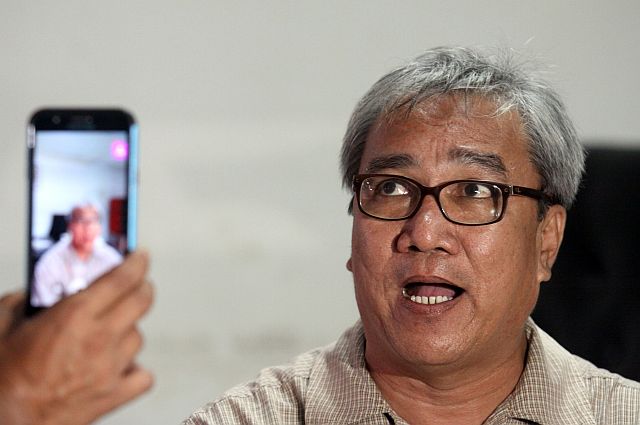 There is no denying. Suspected pedophile, Thomas Ruhland, who is currently detained at the Cebu provincial jail in Barangay Kalunasan, Cebu City, was recently able to call a friend in Germany.

A service phone available for the inmates’ use at the administration office of the Cebu Provincial Detention and Rehabilitation Center (CPDRC) was the reason for the call.

Acting CPDRC warden Dr. Gil Macato told Cebu Daily News that Ruhland was able to make the long-distance call because the jail allows inmates to make calls, especially to their families and their lawyers, using the service phone at CPDRC administration office while in the presence of security officers.

“Actually, we do not have a limit imposed provided that the calls are all legitimate and done in the presence of jail security officers,” said Macato in Cebuano.

Alarms were raised earlier this week after Ruhland was able to contact someone in Germany, as reported by German Consul Dr. Franz Seidenschwarz to the office of Vice Governor Agnes Magpale.

Ruhland reportedly informed his friend back home that he would be getting out of prison by February.

Macato said that he had talked to Ruhland about the report, who did not deny making a call to his friend in Germany but only for the purpose of asking his friend to process the renewal of his social security papers.

Macato said that the German national also did not deny telling his friend that he would be released from jail in Februrary but said that it was only because the suspect anticipated that cases against him would be dismissed.

Macato said that Ruhland was merely expressing his hope that he would be released from detention sometime soon as his lawyer continues to work on his case.

Ruhland was nabbed in 2011 after molesting two female minors in a motel in Talisay City.

Yesterday, a raid on Ruhland’s cell was conducted to check on whether the suspected child trafficker kept contraband items with him, but no prohibited items were found, said Macato.

Also as an added precaution, Ruhland was moved to a cell closer to where the jail guards are stationed even while all CPDRC inmates were being monitored by closed-circuit television (CCTV).

Earlier, Cebu Governor Hilario Davide III ordered Macato to keep a close eye on Ruhland to prevent the German national from colluding with some jail personnel.

“I told Dr. Macato to monitor him because we will never know there might be jail guards there in cahoots with Ruhland,” Davide said.

Back in August of last year, a surprise raid conducted inside CPDRC netted a laptop and a cell phone from Ruhland and a mobile phone from Eileen Ontong, dubbed as Cebu’s “Queen of Cyberpornography.”

Read Next
E-Train goes on a road test around NRA