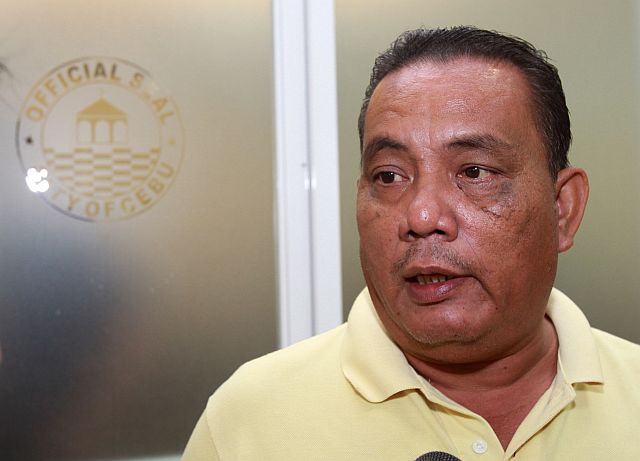 IS it mere coincidence or is there a clear effort to suspend Cebu City officials affiliated with Team Rama before the anti-graft office?

According to former Busay barangay captain Eliodoro Sanchez, now a barangay councilor, this appeared to be so after the Office of the Ombudsman ordered his one-month-and-one-day suspension without pay for having brought out a vehicle for maintenance on a weekend without a trip ticket.

News of Sanchez’s suspension came two weeks after Ermita barangay captain Felicisimo “Emok” Rupinta and seven councilors, all members of Team Rama, were slapped with a six-month preventive suspension by the anti-graft office over charges of gross neglect of duty and grave misconduct for allegedly failing to cooperate in a drug raid last November.

In a seven-page decision dated August 8, 2016 penned by graft investigation and prosecution officer Maria Regina Fernandez, Sanchez was found administratively guilty of simple misconduct for transgressing “some established and definite rule of action”.

Sought for comment by Cebu Daily News, Sanchez, questioned that while he had yet to receive a copy of the order, others already knew about it.

A complaint was earlier filed against Sanchez by the Field Investigation Office of the Ombudsman after a Toyota Hilux vehicle, assigned to Sanchez as the barangay’s service vehicle, was seen at Salinas Drive, Lahug on May 11, 2014, a Sunday.

Upon verification, it was discovered that no trip ticket was issued for the said date, a requirement under Commission on Audit (COA) Circular No. 75-6.

Under the circular, personnel must request the use of a government vehicle by filling up a form in two copies and stating therein the name of the driver, the purpose of the trip and the destination.

It is further required that the trip ticket must be approved by the official authorizing the travel and that a copy should be surrendered to the guard on duty upon departure while the other copy should be retained by the driver for audit purposes.

In his counter-affidavit, Sanchez said that he was at the barangay hall with barangay tanod Hendrie Mayol on the said date, checking on barangay vehicles when they found that the Toyota Hilux vehicle was low on engine oil and “already of bad quality”.

In a “spur-of-the-moment decision”, Sanchez said that he brought the vehicle to a shop on the same day in Barangay Lahug, about a kilometer from the Busay barangay hall, for an immediate oil change to prevent damage to the vehicle which was under his care.

Because it was a Sunday and there were no administrative staff present in the village hall, Sanchez asked Mayol to inform the person in charge of preparing the driver’s trip ticket to accomplish the form the next day.

However, in its decision, the Office of the Ombudsman held the “need of a change in engine oil does not qualify as an emergency case that would justify the absence of a trip ticket”.

“The maintenance check-up and change in engine oil could very well be done the day following when the administrative staff is present,” part of the decision read.

“If indeed, respondent was conscientious in his job, he would have had immediately caused the preparation of the trip ticket the day after for their trip on a Sunday. Yet, there was none,” it added.

The Ombudsman further held that the COA Circular was issued in line with government’s effort to conserve fuel and to economize on expenditures relating to the use, operation, and maintenance of government motor vehicles.

Sanchez, meanwhile, said that in his 25 years as barangay official, this was the only time when he had failed to obtain a trip ticket and should thus not be deemed as a misconduct on his part.

Once implemented, Sanchez said he will immediately comply with the order and had no plans of contesting.

“Ako, na-convikto ko anang suspension (I was convicted with a suspension) because I was telling the truth, thinking that the truth will set me free. Unfortunately, the truth will not set you free,” he added.

The Ombudsman directed a copy of the order to be furnished to Secretary Ismael Sueno of the Department of Interior and Local Government (DILG) for its implementation.

Read Next
Ombudsman orders the suspension of Guardo