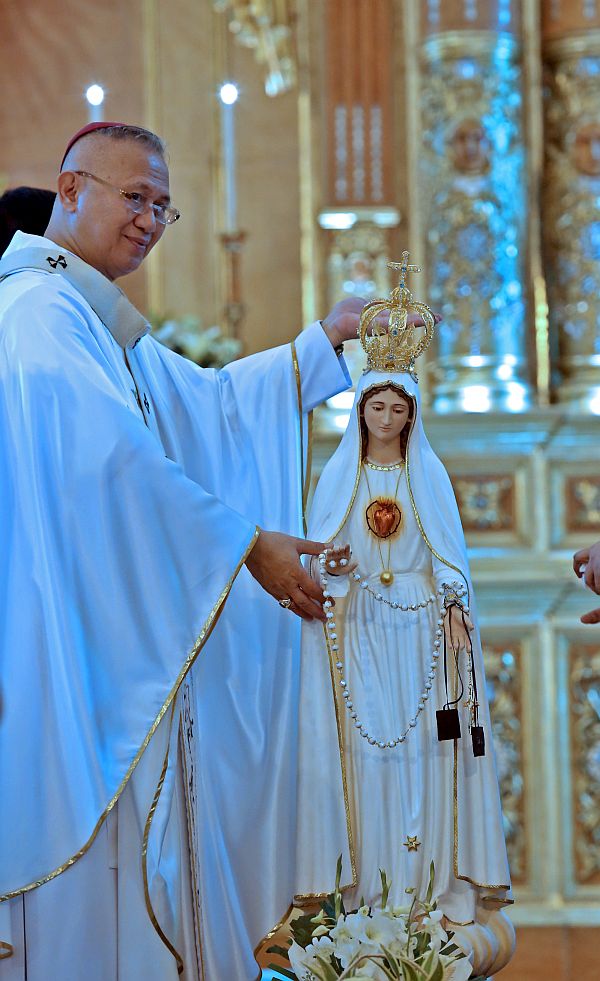 PALMA ON DUTERTE TIRADES VS THE CATHOLIC CHURCH

President Rodrigo Duterte cannot silence bishops and priests even if he attacks them every day.

Cebu Archbishop Jose Palma yesterday said Catholic Church leaders will not cease to speak out and oppose the administration’s bloody war on drugs as well as its plan to bring back the death penalty even if they continue to be lambasted by the country’s top executive.

“So what? We are not protecting any image. Our primary concern is to proclaim the truth and to help discern what is good for the people and the community,” he said in an interview after he celebrated Mass to welcome the centennial pilgrim image of Our Lady of Fatima at the Cebu Metropolitan Cathedral.

“I’m sure it’s not just the President who will castigate the Church. There are other people who will speak ill of us. But in the end, we just can’t remain silent out of fear of being criticized. That is not the right way,” added Palma.

This was the first time that the 66-year-old prelate has spoken strongly on the constant criticisms hurled against the Catholic Church by Duterte.

Palma clarified that even as the bishops and priests support the President’s war on illegal drugs, they abhor the means that they used to fight it.

“Yes, we agree on the war on drugs, but we oppose extrajudicial killings. Yes, we agree on his programs against graft and corruption, but never to death penalty. Yes, we agree on any effort to alleviate poverty, but we disagree to the lowering of criminal culpability to nine years old,” he stressed, echoing a recent pastoral statement issued by the Catholic Bishops’ Conference of the Philippines (CBCP).

While he expected the President to react on the pastoral statement, the archbishop expressed disappointment over Mr. Duterte’s unwillingness to accept criticisms.

“To be honest, I feel sad that he would react in such a manner. I also feel for the people (who are hurt by his statements). I just hope that he, like any one else, should be open to criticisms,” Palma said.

He added, “If we feel that there is a point in those criticisms, we discern and say, ‘okay, I need to adjust, reform, or carry out the suggestions.’ But if one thinks that everything he does is right, that is not right.” 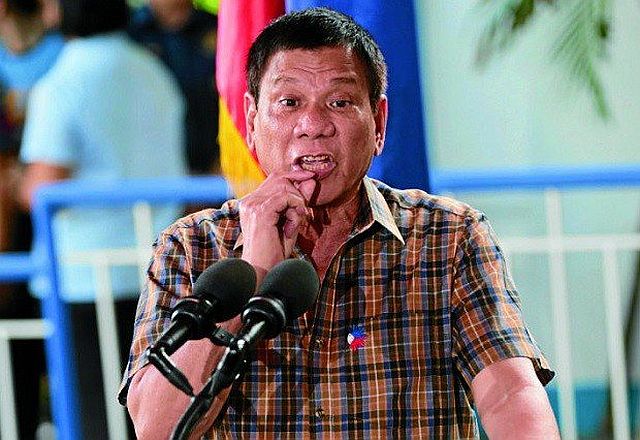 President Duterte has been relentless in his criticisms of Catholic Church leaders who have been vocal in condemning the extrajudicial killings that had attended the administration’s crackdown on the narcotics trade.

He first branded the Catholic Church as the “most hypocritical institution,” “full of shit,” and recently ramped up his attacks against some priests and bishops whom he accused of corruption, womanizing and other excesses.

During the presidential campaign last year, then Davao City Mayor Duterte cursed Pope Francis for the heavy traffic triggered by the papal visit in January 2015.

He earlier said he would not apologize for his statement, but later changed his mind and wrote a letter to the Holy Father asking for forgiveness for swearing at him in public.

Palma said Catholic Church leaders in the Philippines have always kept their communication lines with the President open.

“When he was new in the position, we gave him the chance to prove himself. We allowed some of our officials to visit him in the spirit of dialogue.

After a few months, President Duterte did some good things but there are just aspects where we could not agree. That is why we speak now,” he said.

Palma, the former president of the Catholic Bishops’ Conference of the Philippines, said the Catholic Church will continue to oppose any means that run contrary to morals and the teachings of Jesus Christ.

“After all, it is not so much about him (President Duterte). It is about the people who need to hear what the mind and heart of the Catholic Church say,” he said.

Days after President Duterte assumed his post last July, Cebu Archbishop Emeritus Ricardo Cardinal Vidal visited him in Malacañang, hoping to bridge the gap between the bishops and the new administration.

On his 86th birthday last Monday, Vidal expressed a wish that there will be peace between the Catholic Church hierarchy and President Duterte.

“There should be understanding between the government and the Church. If there is no harmony, when will peace come?” he said. 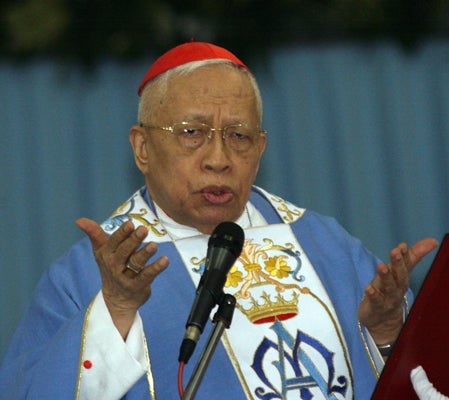 The CBCP last week released a pastoral letter expressing concern over the number of deaths and killings in the campaign against prohibited drugs.

Since Duterte assumed office and waged the drug war, over 7,000 drug suspects were killed either by policemen or by unidentified assailants throughout the country.

The Catholic bishops said that while the problem on illegal drugs needs to be addressed, the solution does not lie in the killing of suspected drug users and pushers, underlining that the government is only God’s steward and does not own life.

The pastoral statement was read in all Masses in the country last Sunday.

Vidal urged the people to pray for President Duterte whom he said might have felt uneasy over the statements of the bishops on the campaign against illegal drugs.

“We in the Church, we are all oblige, as citizens, to pray for our President, whether we like him or not. Since he won in the elections, we have to accept that. Let us cooperate with him in whatever way we can,” he said.

But while they wanted to establish a good rapport with the President, Vidal said the Catholic Church would continue to abide by what is right, in accordance to the teachings of Jesus Christ.

“We are pro-life. Therefore, we have to protect the life God has given us,” he said.

Msgr. Joseph Tan, the media liaison officer of the Archdiocese of Cebu, has advised members of the clergy and lay people to respond with prayer instead of being angry and vindictive.

“Let us not be carried away by emotions and react negatively. Let us pray for him (President Duterte),” he said.