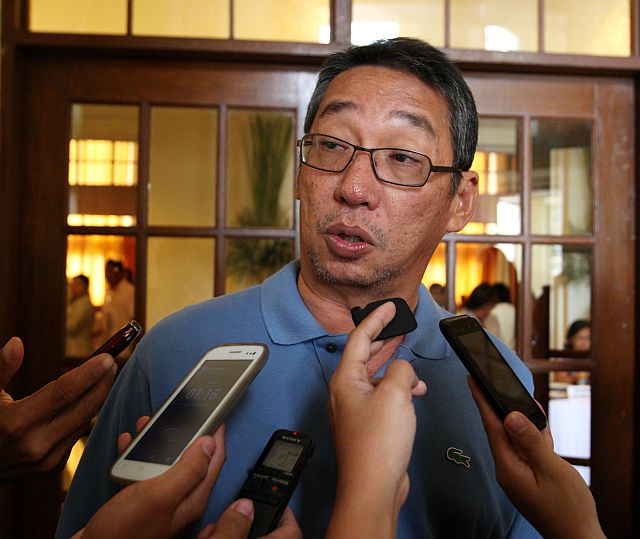 Barely two weeks after he filed a motion for reconsideration to contest the order of dismissal from service meted against him by the Office of the Ombudsman, Mayor Augustus Caesar Moreno of Aloguinsan tendered his resignation as mayor of the town, citing “personal problems” as his reason why he is giving up his position.

“Due to personal problems that I am presently facing and in order not to hamper the services that the municipality deserves, I am formally tendering my resignation effective February 15, 2017,” said Moreno in a one-page letter addressed to the Department of Interior and Local Government (DILG) offices in Region 7 and province of Cebu, the Cebu governor and the vice mayor of Aloguinsan.

In a phone interview, DILG Regional Director Rene Burdeos said that his office only received a copy of Moreno’s resignation on Tuesday afternoon.

Moreno said that he tendered his resignation upon hopes that it would be effective immediately, but Burdeos explained that the resignation will only be effective upon acceptance by Gov. Hilario Davide III.

The resignation will likewise take effect upon the lapse of 15 days without any action on the part of the governor.

Burdeos said that his office is merely furnished with a copy of his resignation but it is ultimately up to the governor to accept it.

With Moreno’s son Ignatius Caesare Moreno currently holding the vice mayoral position, Moreno said that the vice mayor is already aware of his decision to resign.

Moreno was dismissed from service by the Ombudsman (the order has yet to be implemented), his wife former Mayor Cynthia and BAC members for purchasing food items from the bakeshop owned by the Moreno family.

On the other hand, his wife Cynthia, who was the former mayor, is in hiding after the Sandiganbayan ordered for her arrest as well as other municipal officials after they were found guilty of the graft charges.

Moreno admitted that resigning from post was a very difficult decision he has made.

“This is a very difficult decision that I have to make, considering the trust and loyalty that the people of Aloguinsan have given me and our family through the years. However, I felt that need to step down because the people deserves more and I honestly am not in a good condition to serve them as of this time,” he said.

Moreno thanked all who supported him. His son — Cesare Ignatius Moreno — who served as vice mayor will likely succeed him.