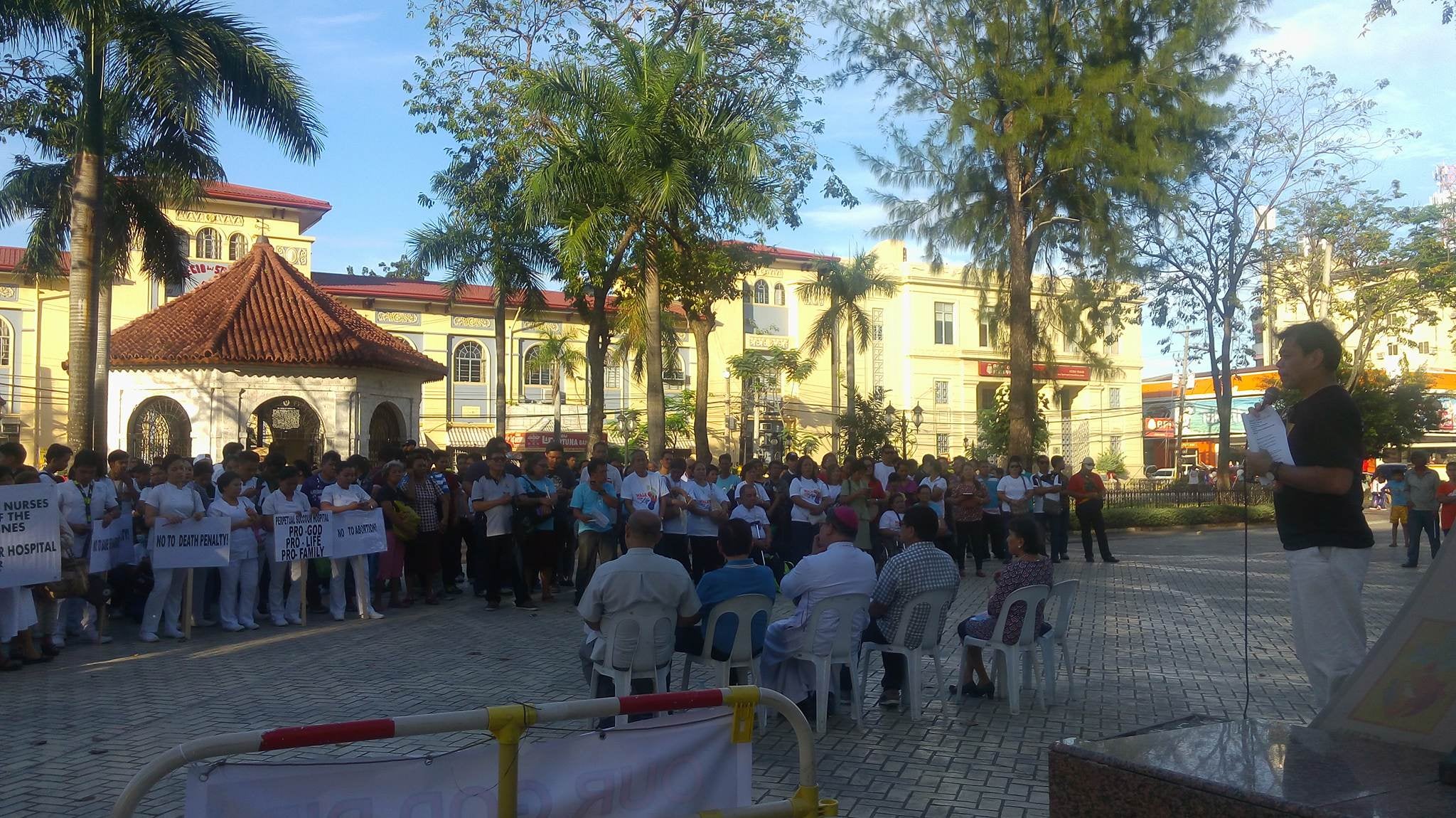 Pro-life advocates gather at Plaza Sugbo in Cebu City to oppose plans to revive the death penalty and extra-judicial killings.

CEBU CITY–A least 800 pro-life advocates gathered in downtown Cebu City on Saturday afternoon to oppose the reinstatement of the death penalty and the spate of extrajudicial killings amid the government’s war on drugs.

“We are here to stand up; to speak up for what is right,” said Dr. Rene Josef Bullecer, vice president of the Council of the Laity in the Visayas and lead convenor of the event.

“Death penalty was implemented in the Philippines for several years in the past but it never proved to have lessen crimes. Why should we bring it back?,” he added.

In Manila, thousands of people gathered for a prayer activity at the Quirino Grandstand early morning on Saturday to stress opposition to oppose government measures which are “anti-life.”

Similar activities were also held in Dagupan, Pangasinan, and in other dioceses all over the country.

Cebu Archbishop Jose Palma recently said that Catholic Church leaders would not cease to speak out and oppose the administration’s bloody war on drugs as well as its plan to bring back the death penalty even if they continue to be lambasted by the country’s top executive.

Palma clarified that even as the bishops and priests support the President’s war on illegal drugs, they abhor the means that they used to fight it.