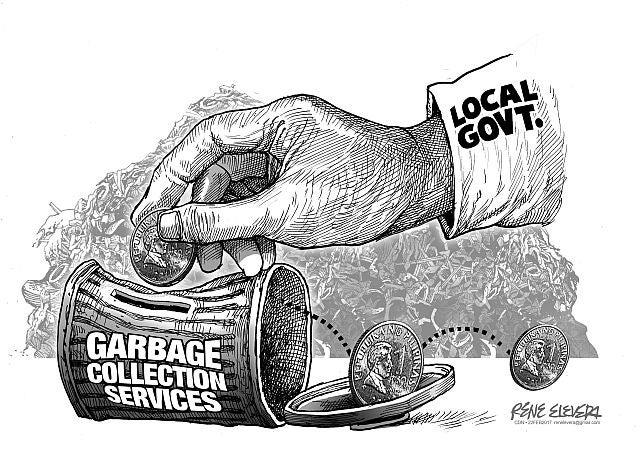 It’s harsh, no doubt, but take out the politics and on the surface, Cebu City Mayor Tomas Osmeña’s decision to withdraw the allowances of the barangay tanods and garbage loaders is both practical and necessary if one were to consider the city’s supposedly tight fiscal situation as he painted it out to be.

Councilor Philip Zafra, who was supposed to speak out on the issue in yesterday’s City Council session, was expected to do no less than take up the cudgels of the barangay loaders and tanods since he sits in the council as ex officio leader of the the Association of Barangay Councils (ABC).

Zafra himself acknowledged that under the law, there is no stopping the mayor from withdrawing the allowances or honoraria, and he and the barangay employees are objecting to its withdrawal since it had become a practice in the past administration to regularly release allowances to them.

But taken on the surface, the issuance of allowances was supposed to augment the small salaries paid to barangay employees, and for smaller barangays, the allowances represent the income of these workers.

As Zafra said, the smaller barangays cannot afford to put up the counterpart amount for the allowances of their loaders and tanods and have to rely on the city to pay for them.

The problem with allocating these allowances is, as Osmeña put it bluntly, whether the city is getting their money’s worth with the barangay employees.

The mayor claimed that a lot of these loaders and tanods don’t actually work, and showed a photo in his Facebook account of uncollected garbage in Barangay Kamputhaw to prove his point.

Osmeña even had his own team conduct a performance evaluation of these employees to determine if they deserve to be given allowances, and unfortunately for these employees, there’s no definite date on when it will be finished — just like when he ordered a recall and inventory of city-issued vehicles to barangays.

Zafra countered by saying that the evaluation should come after they are paid and that it should be done by the barangay officials who know these workers best, and majority of whom are allied with Team Rama.

How these city officials work it out, one thing is clear: due to parochial politics, the objective of hiring and paying barangay employees based on merit — on how and whether they meet the standards required of them by the barangay officials and, by extension, the city government and the city residents — cannot be met.

Read Next
Eve of summer