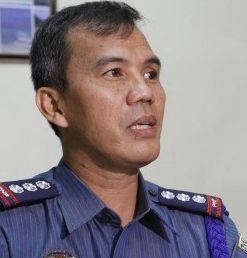 An official of the Police Regional Office in Central Visayas (PRO-7) yesterday dismissed claims of a destabilization plot against President Rodrigo Duterte.

Senior Supt. Rey Lyndon Lawas, deputy director for operations of PRO-7, said the country’s top executive has the full support of all policemen in the region.

“I can’t speak in behalf of other police offices. But as far as PRO-7 is concerned, there has been no plans to oust the President,” he told reporters.

So far, he said they have not monitored any brewing destabilization plots.

“The Philippine National Police is one, and we are supporting the President,” Lawas said.

Instead of dwelling on destabilization reports, he said the police just have to focus on their job in addressing criminality.

“We just have to continue our job in maintaining peace and order. We don’t want to be derailed just because of that thing (destabilization reports),” Lawas said.

Presidential Communications Secretary Martin Andanar repeatedly announced claims of the existence of a destabilization plot against the Duterte administration.

National security adviser Hermogenes Esperon and Defense Secretary Delfin Lorenzana, however, dismissed reports of a destabilization plot against the administration.

The latest Social Weather Stations survey, meanwhile, showed that the President enjoys an approval and trust rating of 83 percent.