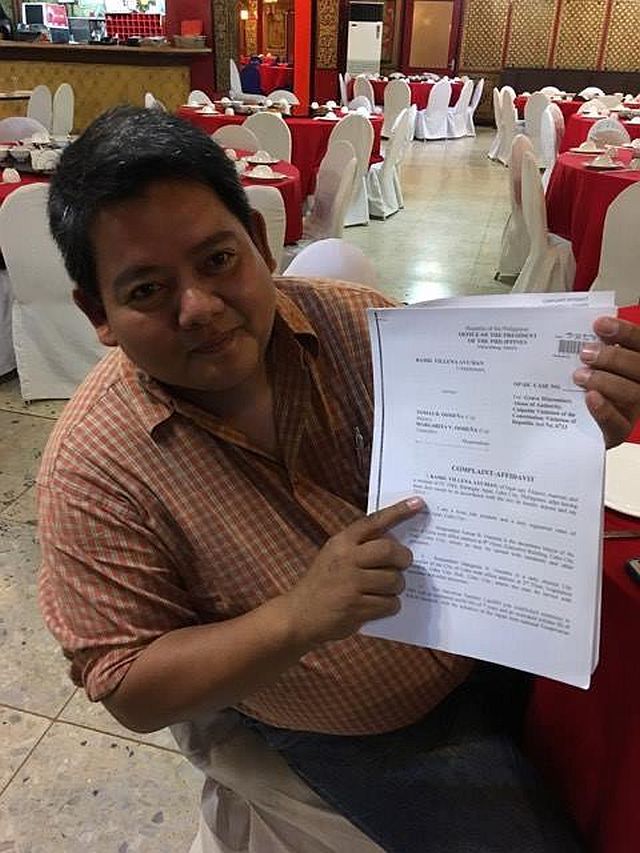 Apas barangay captain Ramil Ayuman has filed an administrative complaint against Cebu City Mayor Tomas Osmeña and Councilor Margarita Osmeña at the Office of the President.

Ayuman accused the Osmeña couple of grave misconduct, grave abuse of authority, culpable violation of the constitution and violation of Republic Act No. 6713 or the Code of Conduct and Ethical Standards for Public Officials and Employees over the re-opening and operation of the Inayawan landfill last year.

The case was filed last February 20.

Ayuman pointed out that in 2011, former Mayor Michael Rama already ordered the closure of the Inayawan landfill. But Councilor Osmeña, during her time as acting mayor, “unanimously reopened” the landfill without authority from the city council and prior consultation.

As for Mayor Osmeña, Ayuman said he decided to continue the operations of the Inayawan landfill even with several violations cited and opposition from agencies like the Environmental Management Bureau and Department of Health, among others.

Ayuman is asking the Office of the President to preventively suspend the Osmeña’s who he called as “conjugal owners of city hall.”

Ayuman added that he is dedicating his filing of the case to the 65 barangay captains in the city who he said have not been getting enough support from the city government under Osmeña’s administration.

He said the Osmeñas filed carnapping cases against these barangay captains, who are known supporters of Team Rama. “Shadow governments” were also put up by the city in these barangays.