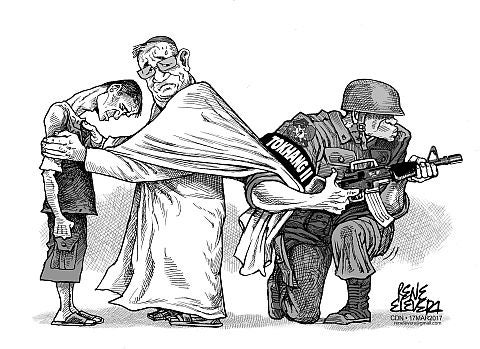 Cebu Archbishop Jose Palma’s decision not to allow priests to join Oplan Tokhang isn’t a big deal in terms of its impact on the police’s conduct of that campaign, but the church may lose some of its credibility to a discerning public.

In refusing to allow the priests to join Oplan Tokhang, it is understandable that Palma is concerned about their safety even if it is a door-to-door visit intended to convince drug suspects to surrender and turn over a new leaf.

The basic premise of Tokhang is in line with the church’s campaign to reform and rehabilitate wrongdoers, but Palma was correct in saying that over time, Tokhang had become more of a shakedown rather than an effective crackdown on illegal drug use and trafficking.

It also cannot be helped that Tokhang has been associated with extrajudicial killings (EJKs) even if the public conduct of the campaign consists of very little other than to make drug suspects sign documents certifying that he is a drug user and that he won’t engage in any drug use or peddling of drugs again lest he or she be prosecuted.

Palma’s decision may be dismissed by those close to President Rodrigo Duterte, who will use it as yet another example of the Catholic Church’s unwillingness and antipathy towards his war on illegal drugs.

But those who know him can attest that the prelate is simply following the dictates of the church hierarchy which is the preservation of life and adherence to due process for everyone including those accused of crimes as heinous as drug trafficking.

Palma didn’t expressly forbid lay ministers from joining the campaign, saying they can do it at their own discretion. If he allows the priests to join Tokhang, he may just as well be giving a stamp of approval to the operation that is not only associated with but is perceived to be a precursor or prelude to EJKs.

If anything, the Cebu Archdiocese already launched its initiative by conducting its own drug rehabilitation program in cooperation with the local police and the local officials of Cebu.

That it helped 300 drug users and peddlers turn away from their former lives and allowed them to persuade others to change their ways is testament to the fact that the church can help in other ways often in cooperation with law enforcement agencies to implement effective grassroots drug rehabilitation programs.

We trust that the police and its Director General Ronald “Bato” dela Rosa won’t take offense with the refusal of the Cebu Archdiocese and other churches to join their Oplan Tokhang. If anything, it should spur the police to redouble their efforts not only to improve their image but to clear any stain of doubt on the validity of their operations.

The police still have a long way to go to achieve that, but they can be sure that if they do their jobs right, they will have the unequivocal support not only of the church but of the public.

Read Next
Commencement and fulfillment at journey’s end