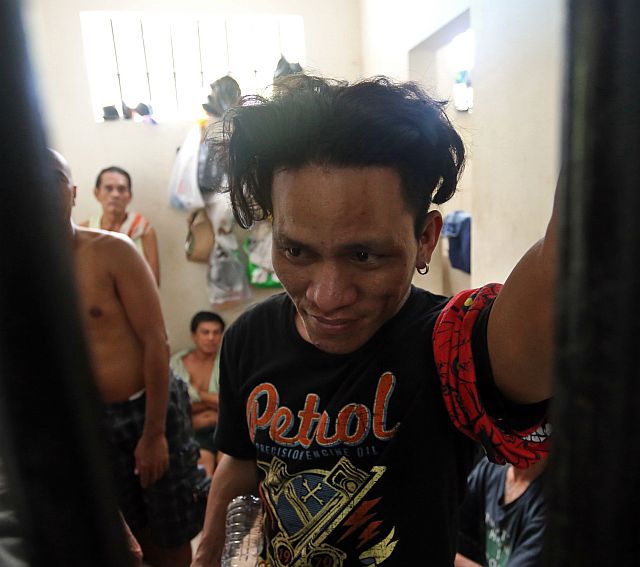 Fearing for his life, a 25-year-old alleged drug lord who is being hunted down by the Philippine Drug Enforcement Agency in Central Visayas (PDEA-7) surrendered to authorities on Wednesday.

Bucog appeared at the broadcasting station located in Nivel Hills, Barangay Lahug, at around 8 in the morning while the popular broadcaster was having his radio program.

It was his high school teacher, he said, who advised him to seek the assistance of Nalzaro. The drug suspect was accompanied by his wife, parents and other relatives.

In an interview with Cebu Daily News, Nalzaro said that he was contacted, Tuesday night, by someone who asked for his help in facilitating Bucog’s surrender.

“They wanted to surrender last night, but I told them to come this morning (Wednesday) to give me time to contact Earl Rallos, an agent of PDEA who used to be a reporter here,” Nalzaro said.

PDEA-7 director Yogi Filemon Ruiz went to the GMA-7 broadcast station to accept the surrenderer, whom he considers to be a drug lord as Bucog could reportedly dispose of five kilos of shabu (methamphetamine hydrochloride) weekly.

A buy-bust operation conducted by PDEA-7 last Sunday in Katipunan St., Barangay Labangon, which had Bucog as the subject, resulted instead in the arrest of two of his cohorts, Roy Estrera and Erwin Abellana, as Bucog managed to evade arrest.

In that operation, the anti-narcotics group confiscated more than a kilo of shabu with a Dangerous Drugs Board (DDB) value of P6.3 million.

(Bucog was really identified by his group. It was documented that Bucog is the leader of their group as he issues the orders to them.)

Five of his alleged cohorts, including the alleged drug den owner, were arrested following the seizure of 10 plastic packs containing 1 kilogram of shabu with an estimated street value of P3,600,000.

Several firearms and ammunition were recovered on both raids.

But in a talk with reporters yesterday, Bucog denied being a big-time drug lord though he admits to selling drugs.

The suspect, who is currently detained at the PDEA-7 stockade, also belied the claims of PDEA-7 that he was the leader of a drug group.

In another PDEA-7 operation, agents arrested the nephew of Tejero Barangay Captain Jessilou Cadungog in a buy-bust operation conducted in Tejero, Tuesday night.

Rubio was the subject of the buy-bust operation while the others were caught in the act sniffing shabu.

Thirty-six packs of the illegal drugs, valued at P1.4 million, were confiscated from the suspects, Ruiz said.