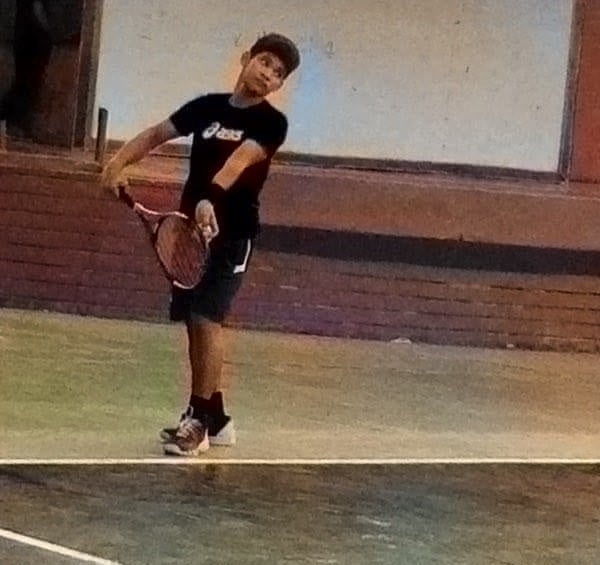 Cebuano netter Venz Anton Louise Alforque was well on his way of claiming a second semifinals ticket in the 22nd JRG Gullas Cup yesterday after scoring a 6-1, 6-0 quarterfinal victory over Lemuel Garbosa in the 16-under boys division at the Naga City Tennis Club.

But fellow Cebuano Rucel Cero spoiled Alforque’s bid for a twinkill when he beat the latter, 4-6, 6-1, 10-8 in the 18-under boys quarterfinals. He will next meet topseed Marc Pradel in the semis.

After a slow start, the 17-year old Cero picked up momentum in the second by blowing past Alforque 6-1 and forcing a super tiebreak“Alforque was really good. You can’t be overconfident when you play against him. What I did to win was to believe in myself and shrugged off the fear of facing him,” Cero said.

In the third set, Cero made sure that he won’t let his chances of winning the title slip away as he hung tough to pull off a close 10-8 win to advance to the Round of 4.

Meanwhile, over at the Citigreen Tennis Resort, Chad Connor Cuizon stayed on track of a two-title romp by punching a quarterfinal slot in the 12-under boys division with a 6-3, 6-3 win over Miecoz Candelasa. Last Sunday, Cuizon also advanced to the next round in the 10-unizes class.

Today, the nine year old explosive bundle of energy, will face Hans Cabellon for a slot in the 12-under semifinals.

In other 12-under boys games, topseed Nicolas Ocat defeated VJ Cañete, 6-3, 6-4 to forge a duel with Cebuano Gio Manito in the quarterfinals while Mitch Largo and Aaron Tabura defeated Clark Trazo 6-4, 6-1 and N.A. Adlaon 6-1, 6-2 to set up a date in the quarterfinals.