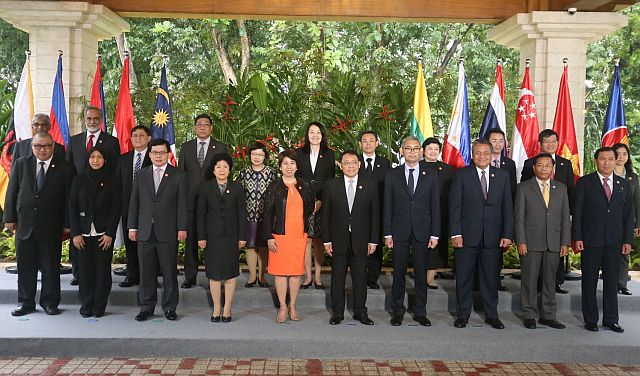 Amid uncertainties in the global economy such as US President Donald Trump’s protectionist policies and “Brexit,” majority of the Association of Southeast Asian Nations (Asean) central bank governors and their deputies were optimistic Asia will continue to grow.

Tarisa Watanagase, former governor of the Bank of Thailand, said she was positive that the economic growth of Asia, particularly the 10-member Asean bloc, will remain robust despite slow growth among advance economies such as the US and the countries in Europe.

“Advance economies are on the mediocre path because, at the moment, many of them are dealing with the aftermath of the (2007-2008 global financial) crisis, unemployment, weak financial institutions. But the situation in Asean is different because we are following the long-term path,” she said during the Bangko Sentral ng Pilipinas-Official Monetary and Financial Institutions Forum (OMFIF) debate on Monday.

In a crowd survey during the debate, 83 percent of the audience said “no” to the question “Is Asia bound to follow the advance economies’ ‘new mediocre’?” — a term used to describe a phase of relatively slow growth over a long period.

Eight percent voted “yes” while the others were uncertain.

Asean, with a population of 620 million and an economy of over US$2.4 trillion, is considered “well-embedded regionally and globally.”

Its organization and middle class are also fast expanding while there is still a lot of room for investments, Watanagase said.

She said Asia had already dealt with a financial crisis in 1997 and had put in place measures and reforms to weather the impact of economic uncertainties. But the region might fall into mediocrity if certain issues are not addressed, such as those that pertain to innovative business practices, infrastructure, poverty and climate change.

“We need to have a lot of changes, research and development, innovation, technology and new kinds of skilled labor,” she said.

There would also be a need to invest more in infrastructure as the Asian Development Bank projected that the region would need US$1.7 trillion every year to sustain its growth, reduce poverty, and respond to climate issues.

At the moment, investments in the region only amount to about US$880 billion.

Watanagase also called for reforms in the educational system to help bridge the digital divide within the regional and international markets.

She said these countries need patience as well as investment and policy continuity.

“New mediocre,” according to BSP Governor Amando Tetangco Jr., was a term coined by International Monetary Fund (IMF) Managing Director Christine Lagarde to describe the current economic backdrop in economies such as the US and countries in Europe.

Tetangco, quoting the IMF, said the global economy was already at an inflection point and could, at some point, muddle along with sub-par growth, or it could aim for a better path where bold policies would accelerate growth, increase employment, and achieve new momentum.

He said IMF’s 2015 global growth forecast projected bleak prospects, six years since the global financial crisis, and that recovery was still proceeding, albeit slower than past recoveries.

At the height of the global financial crisis, emerging Asia had been doing the “heavy lifting,” with an average growth of 7.5 percent from 2009 to 2014.

“While the IMF sees near-term outlook for Asia is strong and robust, updates are telling us that we’re no longer seeing double-digit growth for Asia,” he said in his opening remarks.

Such is the case of China, one of the world’s economic powerhouses, growing by only 6 to 6.5 percent in recent years compared to 11 to 12 percent a decade ago.

Danny Quah, professor at the Lee Kuan Yew School of Public Policy of the National University of Singapore, urged fellow economists to look at the strength of Asian countries from within.

He said the idea that Asia grows only because the West buys its products needs to be put in “the trash heap of history” as it is no longer relevant today.

“We will continue to tell that story if our policymakers continue to be wise,” Quah said.