Tumulak to commuters: Don’t leave luggage at the terminal 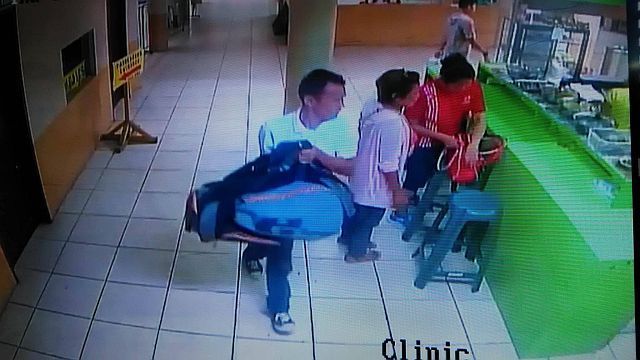 A CCTV footage showed two men and a woman left the bag to the attendant of a porridge shop inside CSBT. (CDN PHOTO/FE MARIE DUMABOC)

An unattended bag left in one of the food stalls at the Cebu South Bus Terminal (CSBT) caused a stir early morning on Thursday.

The indigo-colored travelling bag was left in a “lugawan” (porridge store) inside CSBT at around 6:32 a.m. by two men and a woman.

Joy Tumulak, security operations head of CSBT, said that based on the CCTV footage, the two men and the woman went inside the terminal through the entrance near the Land Transportation Office (LTO) and went to the food stall where they left the bag.

The woman talked to the attendant of the food stall and handed her what looks like a bill.

According to Tumulak, they reprimanded the attendant for allowing the bag to be left and even accepting payment for it. 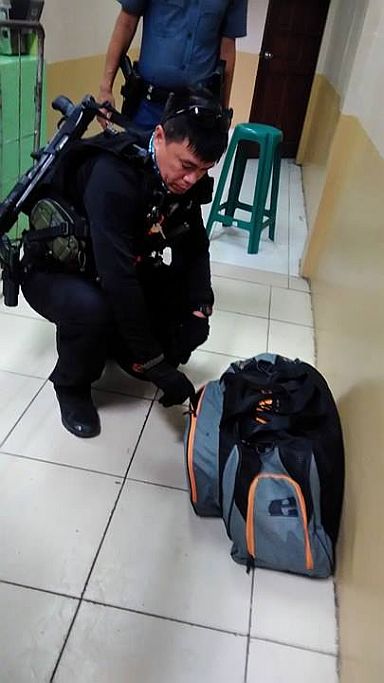 Tumulak said that it has been their policy at CSBT that food stalls and attendants are not allowed to accept or allow any luggage, including bags, boxes, plastic bags, to be left in their area.

He said they just reprimanded the attendant, who initially denied that she allowed the bag to be left and accepted payment for it, because it is the first offense.

For the second offense, however, Tumulak said they may terminate the operations of the food stall inside the terminal.

Tumulak said they immediately called the Cebu City Special Weapons and Tactics (SWAT) team to check on the bag.

Based on the initial checking, the bag only contained clothes. It was brought to the SWAT office for further inspection and safe keeping.

Tumulak reminded the riding public to never leave any baggage inside the terminal unattended to avoid causing uncessesary alarm.

The CSBT management is tightening security in the terminal especially with the coming Holy Week when more people are expected to travel for the long weekend.

Read Next
ASEAN to embark on integration geared towards fueling productivity