Dino to lawless elements: We are monitoring your movements 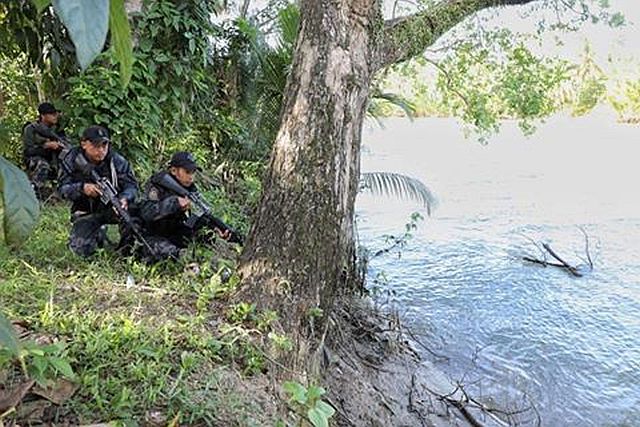 Presidential Assistant for the Visayas Michael Dino assured the public that any attempt to undermine the region’s peace and security will not be successful.

He made this pronouncement on Tuesday afternoon following the firefight between a joint team, formed by the Armed Forces of the Philippines Central Command (AFP CentCom) and Police Regional Office Central Visayas (PRO-7), and suspected members of the Abu Sayyaf Group (SG) in Barangay Napo, Inabangga town, Bohol.

“We have a good intelligence units monitoring in all fronts and combatants to frustrate their evil plans anywhere in the Visayas,” he said in a statement.

Dino also commended the authorities for their “timely intercept” of the armed group, assuring the Visayas that te military and police are on top of security preparedness in the Visayan regions.

Dino added that since the Hilongos bomb attacks earlier this year, the police and the military have always been on alert.

(READ:Nine killed in firefight between govt forces and suspected members of Abu Sayyaf)

The Central Command has maintained the Joint Task Force Area Shield to ensure safety of the Visayans.

“Let this be a lesson to lawless elements that they cannot wreak havoc in the Visayas because our authorities are monitoring their movements,” said Dino.