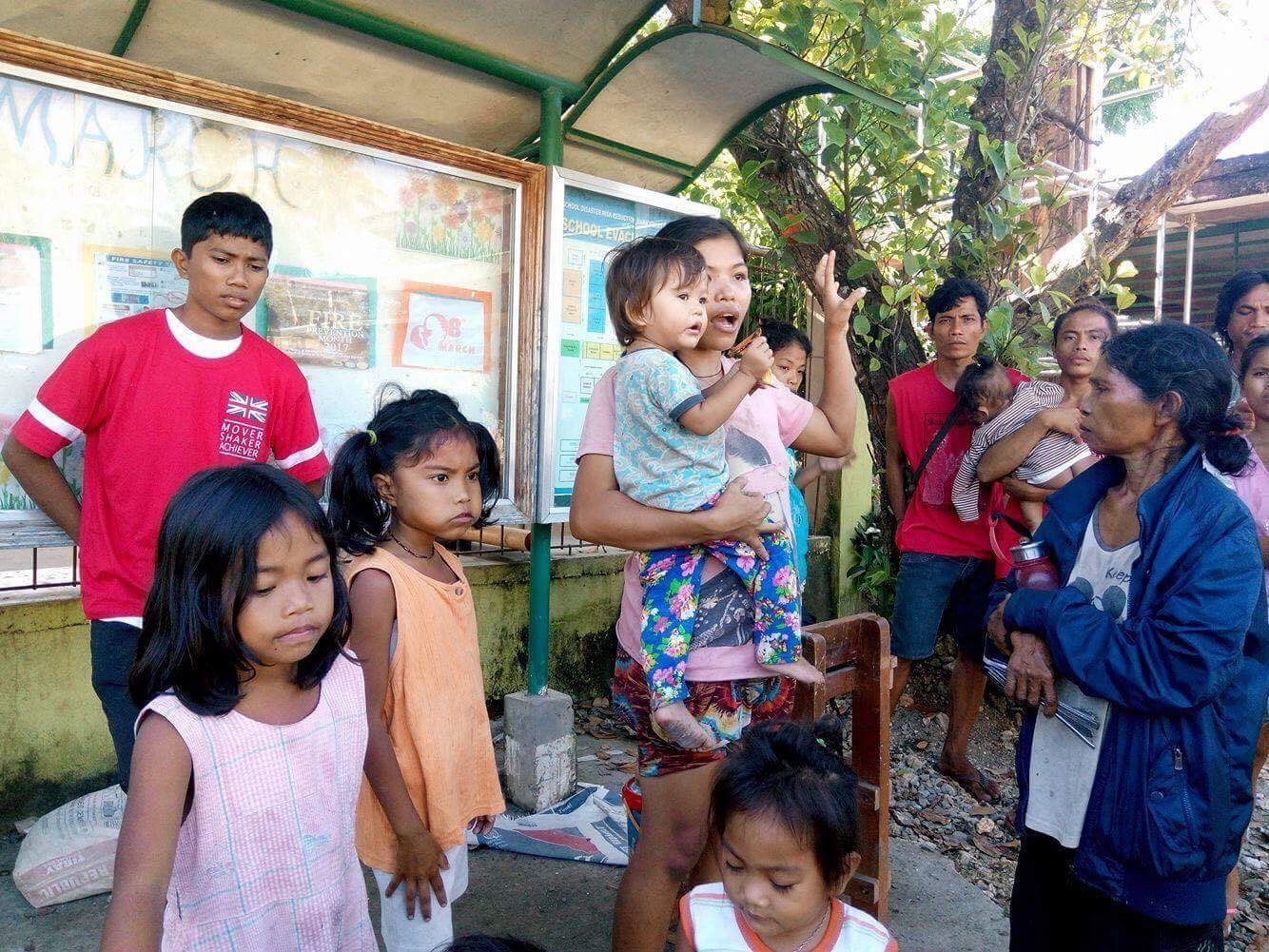 Some residents opt to remain in the evacuation center in public schools like Nabuad Elementary School while waiting for the end of the fighting between suspected members of Abu Sayyaf and government troopers in nearby Barangay Napo, INabanga town, Bohol. (INQUIRER PHOTO/LEO UDTOHAN)

INABANGA, Bohol-The clash between government troopers and suspected members of the bandit group Abu Sayyaf in Sitio Ilaya, in the remote village of Napo, Inabanga town, Bohol was not yet over, more than 24 hours since the fighting started.

No one can come in and out of the village as both the police and the military had cordoned the village located 10 km from the national highway.

Hopefully, he added, the armed men would be “neutralized” by Wednesday.

Six suspected Abu Sayyaf members were killed in a gun-battle that started at 5:40 a.m. on Tuesday when residents reported the presence of armed men in their village.

Three soldiers and one policeman had also fallen in the firefight that sent more than 1,200 residents fleeing from their homes.
Inabanga Mayor Josephine Jumamoy, in an interview over Cebu City-based dyLA, identified the government fatalities as 2nd Lt. Estelito Saldua Jr., Corporal Meljun Cabajan, Sgt. John Dexter Duero and SPO2 Rey Anthony Nazareno from Calape town, Bohol and a member of the Special Weapons and Tactics Group.

An 80-year-old woman also died of a heart attack on Tuesday night following the intense firefight.

Jemmylito Logrono, 23, a resident of Barangay Liloan Sur, told the Inquirer that grandmother Beatriz Labandero, had refused to evacuate despite plea of local officials.

But Logrono, who was staying at the evacuation center, said his grandmother suffered a heart attack and died at 6 p.m. on Tuesday.

Some evacuees had returned to their homes on Wednesday morning although many others opted to stay in the evacuation sites.

Among them were Amay Esto, 55, a resident of Barangay Liloan Sur, who continued to stay at the Nabuad Elementary School with her daughter Estelita and her two grandchildren-Nicole, 1, and Wisley, 3.

Supt. George Vale, chief of the police community relations office at the BPPO, also denied reports circulating in the social media that armed men were also sighted in other towns of Bohol.