Credible after all: A personal reminder against confirmation bias 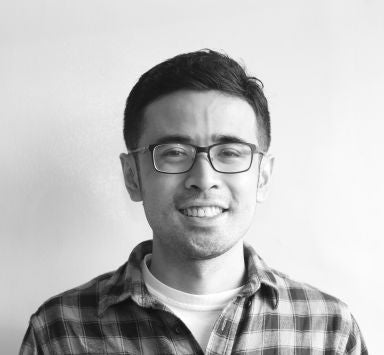 The US embassy’s diplomatically-worded “unsubstantiated yet credible” intel, which was the basis of a travel advisory issued over the Central Visayas, turned out to be credible after all.

On the morning of April 11, suspected members of the Abu Sayyaf Group (ASG), found their way to Inabanga, Bohol, and engaged in an armed battle with local military and police after residents reported their presence.

How they got there and who knew they were coming are questions which we will not find answers to in the immediate future. A few days before the clash in Inabanga, I had posted an opinion (an admittedly emotional one) criticizing the advisory of the US embassy on Facebook. In that moment, I let my emotions get the better of me and forgot that this is simply how diplomats play it safe, by using adjectives such as “unsubstantiated yet credible” to describe the reliability of the intelligence. But it was the very fact that it was written in diplomatic language that created doubt on the veracity of the warning among skeptics in the community. So I was just as surprised as everyone else when I learned that afternoon that an armed battle was ensuing just across the strait, where military men and police had lost their lives protecting civilians in Bohol. My opinion was based on the string of false alarms and hoaxes, as well as denials by local officials of these reports that Abu Sayyaf had been present in a typically peaceful region.

Several towns in Bohol had been strongholds of the New People’s Army (NPA), but terrorist groups like the Abu Sayyaf were previously unheard of.

As a journalist, you build your opinions and inferences based on personal experience – what you know from the past, you follow patterns and trends, and know the personalities of the players in your region like they were your own uncles.

But sometimes, our opinions and projections can be wrong. In this case, my opinion turned out to be wrong and the United States’ intelligence checked out. This isn’t the first time, but the difference was this time, that I posted what I thought publicly.

But as a reporter, what do you do when your theories are proven wrong?

What you should certainly not do is pursue what is called “confirmatory bias” or attempting to search for information and interpret it to confirm one’s own pre-existing belief. In this instance, the right thing to do is first, admit that you though wrong, and then throw everything you thought to be true out of the window and go back to the beginning.

As I absorbed what was happening in Bohol two thoughts ran across my mind: “But I can’t be wrong? I need to look for information to confirm I was right” (That’s confirmation bias). But I quickly snapped myself out of it. “No, my conclusion was clearly wrong. Why was it wrong?” I asked myself. I went back into the news archives to try to piece out what I might have missed since the Abu Sayyaf sightings began in November. There must have been things I didn’t pay attention to, or took things at face value that clearly needed deeper investigation. But as we’ve seen in the past, these are not answers we will get until long after the dust settles. The immediate priorities, which security officials and local government units are clearly acting on, are providing assistance for the displaced residents and ensuring that these armed groups do not penetrate any other areas in the region. Then – hopefully soon after – we can get to a substantiated and credible truth regardless of how impossible we thought that truth could be.