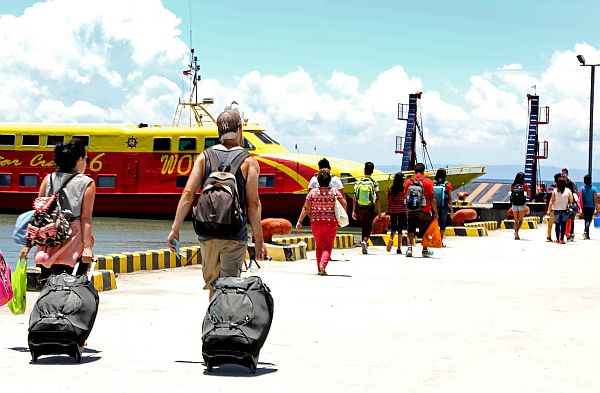 Tourism in Bohol is expected to be affected by the encounter between government troops and Abu Sayyaf terrorists. Travel advisories were issued, the latest of which warns Koreans to avoid Bohol.
(CDN PHOTO/TONEE DESPOJO)

As the meetings of the trade ministers of the Association of Southeast Asian Nations (Asean) started in Bohol yesterday and in the face of the encounter between government forces and members of the Abu Sayyaf Group (ASG), a joint security augmentation force among the police, military and 21 other government agencies numbering around 4,000 was deployed to the province.

This also comes as the Korean Consulate in Cebu issued a special travel advisory urging its citizens to cancel or postpone their trips to Bohol.

“That is, in effect, the meaning when we say specific tour services have been canceled,” said Alice Queblatin, president of the Cebu Association of Tour Operations Specialists (Catos).

She was, however, unfazed by the Korean travel advisory, saying now is a lean season for Korean and Japanese tourists.

The Korean travel advisory read, “Judging that public insecurity caused by the infiltration of terrorist groups could continue for some time in the Island of Bohol, the venue of the Asean summit from April 18 until 22, the Foreign Ministry has made the move to protect nationals of the Republic of Korea there.”

The temporary special travel advisory is tantamount to a travel restriction, but the consulate clarified that it is only recommendatory in nature.

The advisory urges Korean nationals to cancel or postpone their plans to visit Bohol, or to leave the area “unless there are urgent matters to attend to.”

According to Consul and Police Attache Lee Yong-Sang, the number of Korean nationals visiting Bohol during the advisory period has considerably decreased as the consulate received more inquiries about it.

“According to some tourism agencies, Korean travelers (to Bohol) are tending to decrease. And for the Korean Consulate, inquiries regarding cancellation of the trip are coming to us,” Lee told Cebu Daily News.

For now, he said the consulate will continue monitoring the situation.

“The MOFA (Ministry of Foreign Affairs) and the Korean Consulate in Cebu will continue monitoring the security situation in the aforementioned area in the Philippines and then mull over whether the special travel advisory should remain in place,” the advisory further read.

Bohol provincial police director Senior Supt. Felipe Natividad Jr. said the augmentation force will be deployed not only on Panglao Island where the Asean meetings are held, but will also be scattered throughout the province.

Some of the teams including the Special Action Force (SAF) will conduct checkpoints in the neighboring towns of Panglao.

“We don’t concentrate just in Panglao Island. Of course there are some delegates who will be visiting other places in Bohol,” Natividad said.

Last Sunday, there were still a lot of local and foreign tourists in Bohol despite the Inabanga encounter.

(It was an isolated case and we were able to subdue the threat.)

He assured residents and tourists that the government troops would ensure that the Asean meetings in the province would be safe.

The Armed Forces of the Philippines and the Philippine National Police recently released a list of the suspected terrorists who remain at large.

They were identified by law enforcers as Joselito “Alih” Milloria, the person who guided the group from Mindanao; and those carrying the names Richard, Asis, Ubayda, Poy, Dah, Saad and Amra.

Four others were killed in the gunfight with government troopers last week.

They were Moumar “Abu Rami” Askali, the leader of the group; Abu Sufyan, the group’s alleged bomb expert; Edimar Isnain, and an unidentified person.

Posters of the alleged terror group members were posted by the Municipality of Inabanga on its Facebook page on Sunday.

“Stay alert and vigilant. Immediately inform authorities whenever you see these persons and other suspicious-looking men in your areas,” read the FB post in Cebuano.

Supt. Lorenzo Batuan, deputy director for operations of the Bohol Provincial Police Office, said government forces remain in the field to locate and arrest the remaining members of the group.

“We continue to look for them,” he said in a phone interview.

The police, Batuan said, are designated to monitor the coastal areas while the Philippine army penetrates the mountains and other areas.

Anyone who knows the whereabouts of the suspects are requested to contact the 302nd Brigade of the AFP hotline through 0905-455-1543.

Last week’s encounter led to the death of five alleged members of the Abu Sayyaf Group, three soldiers, and a police officer.

The casualties on the part of the government were identified as 2nd Lt Estelito Saldua Jr.; Corporal Meljun Cajaban; Sergeant John Dexter Duero; and SPO2 Rey Anthony Nazareno, member of the Special Weapons and Tactics from Calape town.
Another soldier, Corporal Chris Jude Borlas, was wounded and is now at the Tubigon hospital. 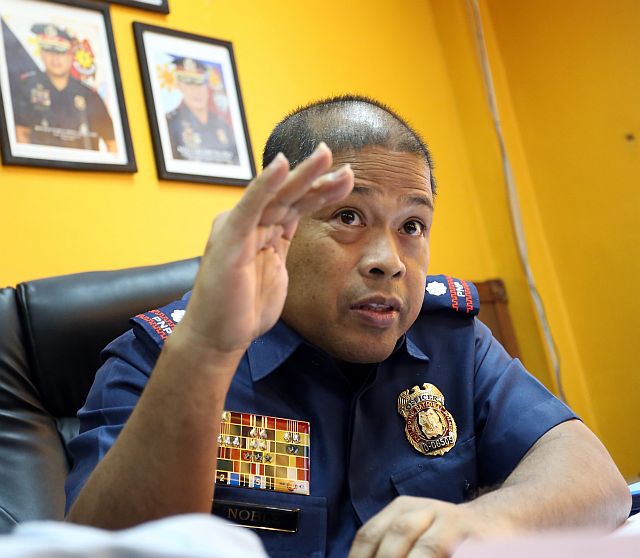 Noble said that most calls came from Southern Cebu, where there were reports that some members of ASG already landed there.
But none of the reports have been confirmed.

Noble reiterated that Cebu is still safe and free from the rebel group./With reports from Victor Anthony V. Silva and Benjie B. Talisic