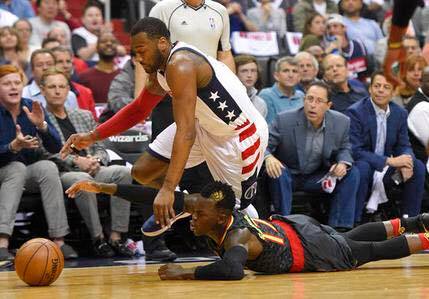 WASHINGTON–In a rough-and-tumble, foul-filled game, Bradley Beal took over in the fourth quarter with 16 of his 31 points, including a key late 3-pointer, helping the Washington Wizards beat the Atlanta Hawks 109-101 on Wednesday night (Thursday morning Philippine time) for a 2-0 lead in their Eastern Conference first-round series.

John Wall earned chants of “M-V-P!” while finishing with 32 points and nine assists, including the dish to Beal for his shot from beyond the arc with 38 seconds remaining that sealed the win for the hosts.

Washington, which trailed 78-74 entering the final period, won despite only a combined seven points from starting forwards Markieff Morris and Otto Porter Jr., who were both in foul trouble early.

Read Next
Bato warns Abu Sayyaf their days are numbered