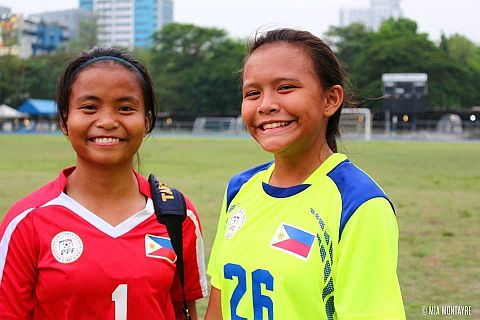 TWO Cebuana football players were selected to play for the Philippine Malditas’ Under-15 squad, which will compete in the Aseam Football Federation (AFF) Championship 2017 in Vientiane, Laos on May 7-20.

Musni and Ugbaniel were also part of the PHL Under-14 girls team that won silver medal in the AFC U14 Regional Championships in Laos last year.

The two underwent a grueling training with the national training pool in Los Baños, Laguna. It was a month-long training that started last March 31.
The entire team had several tune-up matches against Manila-based collegiate squads. The team will be headed by former national player Marielle Benitez.