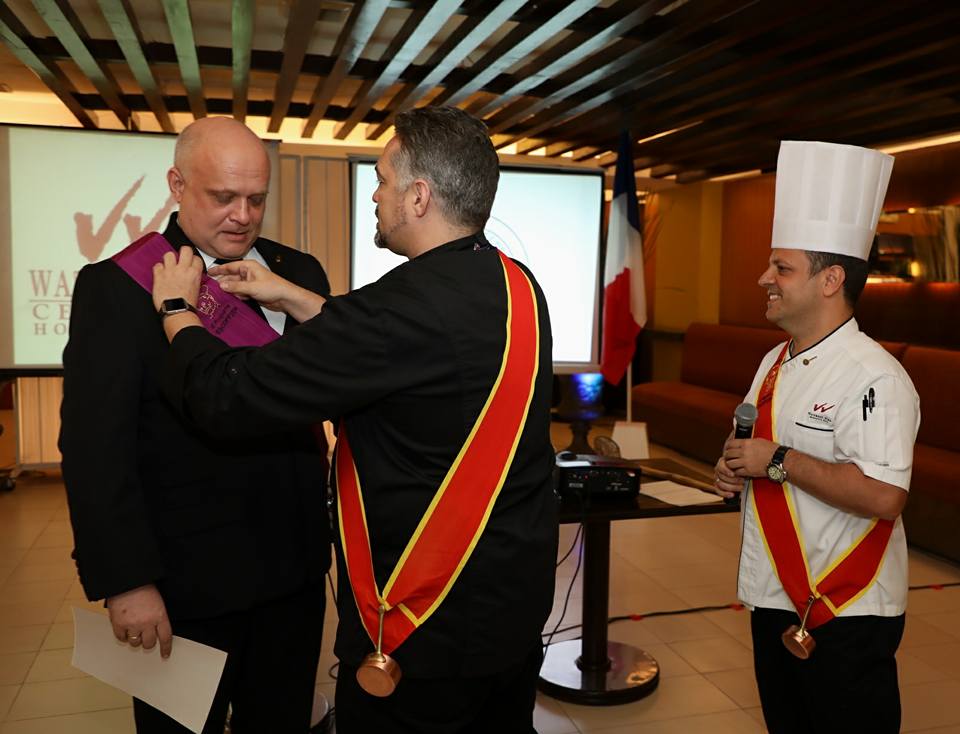 Disciples Escoffier is an organization which honors the memory of Auguste Escoffier, Master of the French and International Cuisines. The purpose is to promote the big traditions of cooking and the techniques created by Auguste Escoffier in particular in schools, secondary, superior or Chef professional training, as well as in apprenticeship.

A sumptuous dinner was held at La Gondola which started off with Gensan tuna done in three ways – mousse, seared and chips. Bohol Prawn Bouillabaisse with Shrimp Jelly for the soup, and was followed by Bulalo Risotto with Bone Marrow. For the main event was Premium Australian Lamb Rack, Mint Butter, Bell Pepper and Zucchini Shavings, Layered Polenta and Red Wine Jus. To cap off the meal, Cebu Mango and Chocolate Sphere with Hot Caramel, Calamansi Rum Sauce was served.