Pag-IBIG awards Johndorf as ‘No. 2 Developer’ in Vis-Min 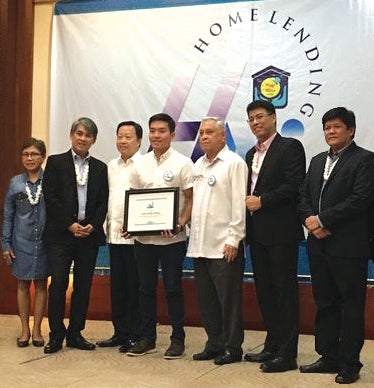 THE Home Development Mutual Fund (HDMF) has awarded Johndorf Ventures Corp. (JVC) as “No. 2 Developer” for the Visayas and Mindanao in terms of take-out loan value in 2016.

Known as Pag-IBIG Fund, HDMF also acknowledged JVC for its “invaluable trust and support” to its housing program and for efficient delivery to homeowners.

“All the more that we will be relentless to build affordable houses and develop sustainable communities,” declared the company’s founder.

“We will continue to be steadfast in advancing the vision of the Pag-IBIG Fund of providing quality homes for every Filipino family,” he added.

The awarding came as Johndorf aggressively launched new projects at the start of 2017, according to Michelle C. Bacungan, sales and marketing manager.

She cited Mimosa mid-end townhouses in Labangon, the Evissa 500 in Mactan; Tierra Nava affordable homes in Carcar City, and the mid to high end Montierra, the new townhouse living concept in the upper highlands of Cagayan de Oro City.