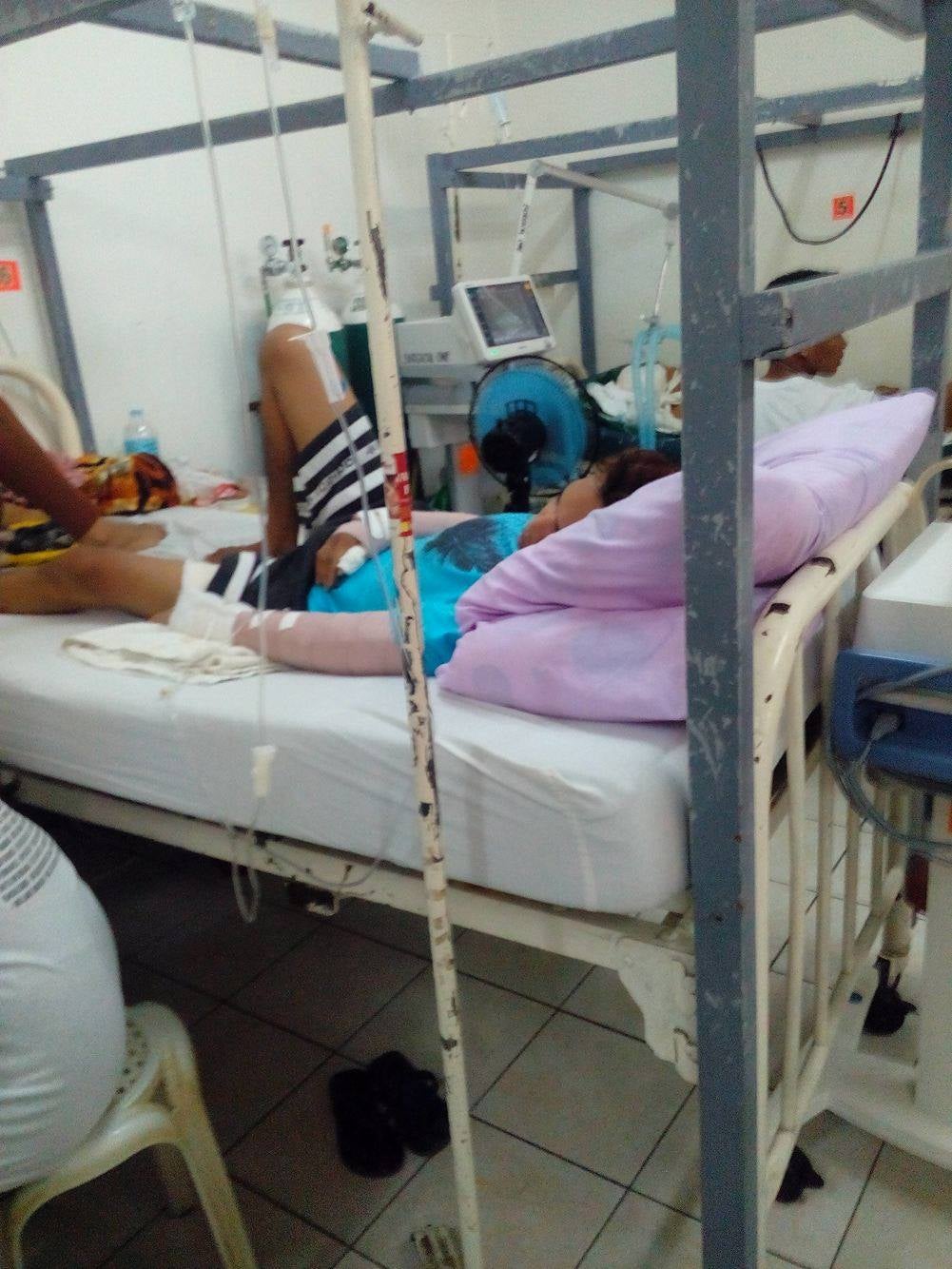 John (family name withheld) is recuperating at the Gov. Celestino Gallares Memorial Hospital in Tagbilaran City after he was shot by an unidentified man while in Marawi City, two days prior to when the clashes between Maute Group terrorists and government troops erupted in the Lanao Del Sur capital. Contributed Photo

TAGBILARAN CITY, Bohol-A 20-year-old welder promised himself that he would never go back to Marawi City, Lanao del Sur.

John (not his real name) was shot at and had to escape the city under siege before he could go home to his native Bohol province .

He was now recuperating at the Governor Celestino Gallares Memorial Hospital (GCGMH) in Tagbilaran City for the gunshot wounds.

“I won’t come back there anymore,” a hospital staff quoted John as saying.

In an interview with Inquirer, John, who asked not to be identified, said he left his village of Guinsularan, Duero town, Bohol province to find a job in Marawi City as a welder.

But the dream turned into a nightmare on May 21 when he was on board his motorcycle to look for food, a man approached him.

The man then asked him a question in an unfamiliar.
When John told the man he didn’t understand what he was saying, the man shot him many times in his leg, shoulder and hand, using a 9mm pistol.

The man then boarded John’s motorcycle and fled.

John was brought to Amay Pak-Pak Hospital in Marawi City for treatment.

While he was recuperating inside the hospital, terrorists belonging to the Maute-ISIS overrun the hospital on May 23 to bring in members wounded by the shootout with government troopers.

John said he saw the Maute members kill several ambulance drivers after the physicians failed to save their wounded comrade.

After the soldiers took over the hospital, John and the other patients were first brought to a military camp in Marawi before they were brought to a hospital in Iligan city, an hour away from Marawi.

From Iligan, he was brought back to Tagbilaran and was confined at the GCGMH.

The privilege of habeas corpus was also suspended.
The death toll from eight days of fighting in Marawi reached almost 100.

Thousands of civilians are displaced and some are believed to be trapped inside the city.

Read Next
DPWH to start underpass construction in June; public told to brace for traffic