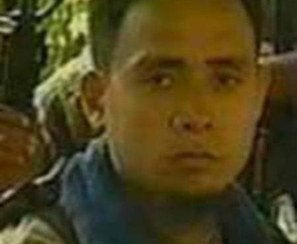 Hapilon is reportedly the designated “emir” of the Islamic State in Southeast Asia.

A reward of P5 million each is also offered for the two Maute brothers, Abdullah and Omar.

The ongoing battle in Marawi City that reached its 14th day on Monday started with a botched military raid to arrest Hapilon, but members of the Maute Terrorist Group reinforced Hapilon’s men.

Thousands have fled the city since then, while nearly 200 people have been killed. As a response to the crisis, Duterte also declared martial law in the entire Mindanao.

“The President is offering P10 million reward money for the neutralization of Isnilon Hapilon who is believed to be leading the terrorist Maute-ISIS group in attacking Marawi City,” Año said.

The AFP chief was told of the bounty offered by Duterte during the President’s visit at the Central Command in Cebu on Sunday night.

Hapilon, who is also on the Federal Bureau of Investigation’s most wanted list, also has a $5-million bounty on his head from the US government for his involvement for kidnapping of 12 Filipinos and three Americans in 2001.

He reportedly moved to Lanao del Sur from his base in Basilan last year to set up a new stronghold for the ISIS branch in the Philippines.

Hapilon also has a P7.4-million standing bounty from the Philippine government.

“The Armed Forces of the Philippines welcomes the pronouncement of President Duterte. We hope that this will bear significant accomplishments leading to the eventual arrest and neutralization of Isnilon Hapilon and the Maute Brothers,” Año said.

Suganob, vicar-general of the prelature of St. Mary in Marawi and chaplain of the Mindanao State University (MSU), was snatched by militants in the early hours of the siege on the city last May 23, along with two lady church workers./Inquirer.net

Read Next
Royal Palms Tres: Your home in paradise