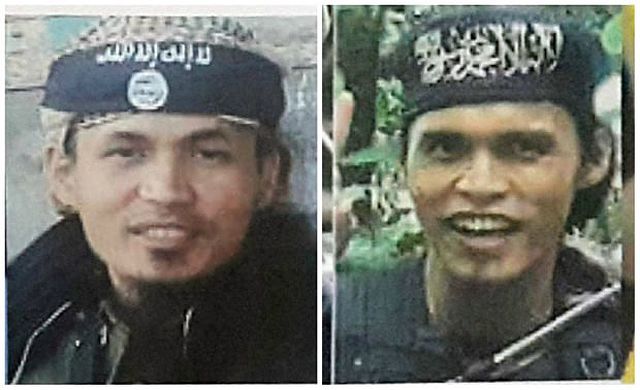 MARAWI CITY — The military on Friday said it got strong indications that Omarkhayyam Maute has been killed in one of the clashes here between soldiers and Maute gunmen.

“Our report is that he was killed in one of the four conflict areas that we have been talking about (Barangays Lilod, Raya Madaya, Marinaut and Bangolo),” Lt. Col. Jo-ar Herrera, the spokesperson of the army’s 1st Infantry Division, told reporters.

Herrera said they still could not categorically say if Omarkhayyam was indeed killed “because we do not have the body.”

He also said they could not provide details on Omarkhayyam’s reported death as of yet, pending validation of information that they got.

“We can’t say what day he was killed, what caliber (of firearms) had killed him or where was his cadaver buried. But we have been reporting as early as two weeks ago that he was fatally (hit). There’s a strong indication and we continue to make validations,” Herrera said.

He said another report that the military has started validating was the one pertaining to the death of a Jemaah Islamiya member by the name of Bun Mahmoud, allegedly a Malaysian physician.

Reports about Mahmoud’s death was shared with the Inquirer by intelligence sources.

“We really could not confirm anything unless we see the body, but we also got a similar report,” Herrera added.

As this developed, Herrera said the military will continue to seize more areas from the extremists, who are now numbering between 90 and 100 fighters.

“We have killed a large number of them, so their size had shrunk,” he said.

But Herrera maintained the military could not issue any definitive timetable as to when the fighting would be over.

“We did not establish or say anything on deadlines. Our goal is to continue our combat clearing operations. Our battle field is very fluid and dynamic. Every day, the location of the enemy changes,” he said./Inquirer.net

Read Next
A Thai culinary journey at Marco Polo Plaza