Takata files for bankruptcy because of airbag recalls 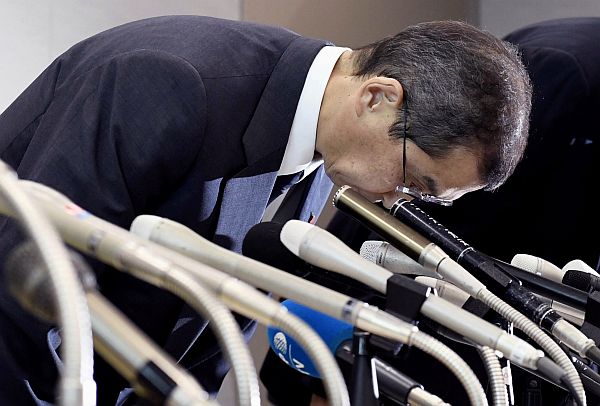 Japanese airbag maker Takata Corp. filed for bankruptcy protection in Tokyo and the U.S., saying it was the only way to ensure it could carry on supplying replacements for faulty airbag inflators linked to the deaths of at least 16 people.

Most of Takata’s assets will be bought by rival Key Safety Systems, a Chinese-owned company based in suburban Detroit, for about $1.6 billion (175 billion yen).

The company’s executives sought to reassure their customers, suppliers and shareholders in a news conference on Monday. With the company rapidly losing value while Takata struggled to reorganize its finances, filing for bankruptcy protection was the only option, Takata’s president, Shigehisa Takada, told reporters.

“As a maker of safety parts for the automobile industry, our failure to maintain a stable supply would have a major impact across the industry,” Takada said in Tokyo.

Takata’s inflators can explode with too much force when they fill up an airbag, spewing out shrapnel. Apart from the fatalities, they’re responsible for at least 180 injuries, and are grappling with the largest automotive recall in U.S. history. So far 100 million inflators have been recalled worldwide including 69 million in the U.S., affecting 42 million vehicles.

More than 70 percent of the airbags recalled in Japan have been replaced, and 36 percent in the U.S., said Hiroshi Shimizu, a Takata vice president.

He said progress of the recalls in other countries was unknown.

Under the agreement with Key, remnants of Takata’s operations will continue to make inflators to be used as replacement parts in the recalls, which are being handled by 19 affected automakers.

Takata will use part of the sale proceeds to reimburse the automakers, but experts say the companies still must fund a significant portion of the recalls themselves.

“It’s likely every automaker involved in this recall will have to subsidize the process because the value of Takata’s assets isn’t enough to cover the costs of this recall,” said Karl Brauer, executive publisher of Kelley Blue Book and Autotrader.

Takata and the automakers were slow to address the problem with the inflators despite reports of deaths and injuries. Eventually they were forced to recall tens of millions of vehicles. The scope of the recall means some car owners face lengthy waits for replacement parts, meanwhile driving cars with airbags that could malfunction in a crash.