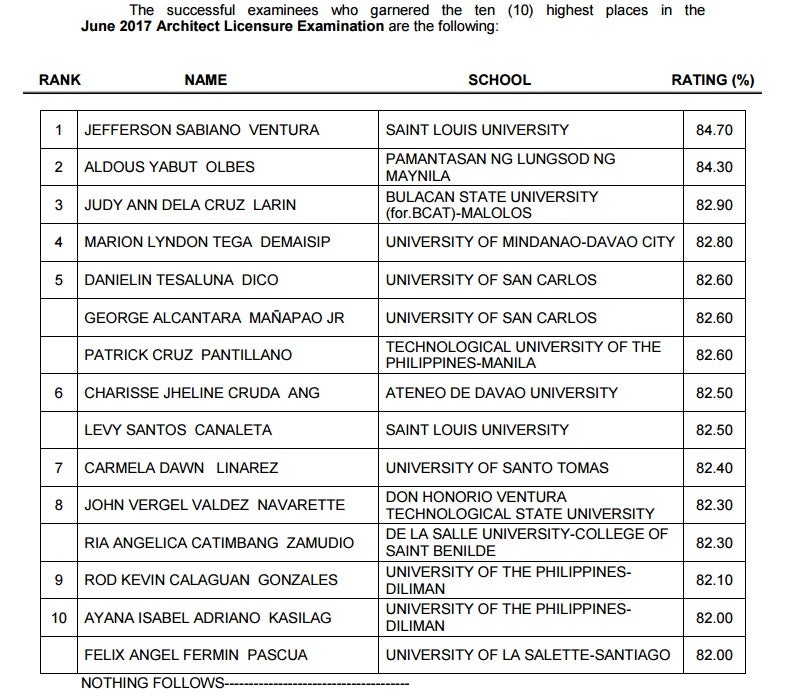 Daniel Tesaluna Dico and George Alcantara Manapao Jr. both scored an 82.60 percent in the examination held in the cities of Manila, Baguio, Cebu, Davao and Legazpi last June 23 and 25.

Dico and Manapao were the only Cebuanos who made it to the top 10 in this year’s board exams. The topnotcher was Jefferson Sabiano Ventura of St. Loius Univeristy who got a score of 84.70 percent.

The results were released by the Professional Regulation Commission on Wednesday which showed that only 1,490 of 2,679 examiners passed.

Read Next
Three nabbed for shabu in Danao