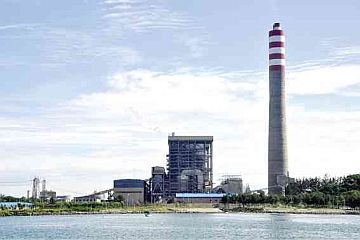 For the first time on Friday, environmental groups and affected residents turned to the Supreme Court to stop the proliferation of coal-fired power plants in the country.

Led by the Philippine Movement for Climate Justice (PMCJ), they asked the tribunal to issue a temporary environmental protection order and to order the Department of Environment and Natural Resources (DENR) and the Department of Energy (DOE) to stop issuing permits for new coal-fired power plants.

“We are finally filing a case to seek the intervention of the Supreme Court against the total disregard of the laws of the land by our own government,” PMCJ national coordinator Ian Rivera said in a statement.

The petitioners accused the DENR of not doing its duty under the Clean Air Act to curb air pollution and to administratively sanction coal-fired power plants that are not equipped with monitoring systems.

They also accused the DOE of not doing its duty under the Renewable Energy Act to promote renewable energy.

Residents of Limay, Bataan, which hosts a coal-fired power plant, joined the petition to point out the hazards of coal energy based on their experience.

Cheryl Magracia of the town’s Barangay Lamao said residents have fallen ill due to pollution, which has also damaged their water sources and plants.

“Every minute we have to sweep away the ashes coming from the coal plants. Our right to a decent and normal living has been put aside for the sake of business profit,” she said in Filipino.

Read Next
Cutting of UP Cebu trees awaits DENR permit