Brains in lawyer’s slay shipped off to Bohol 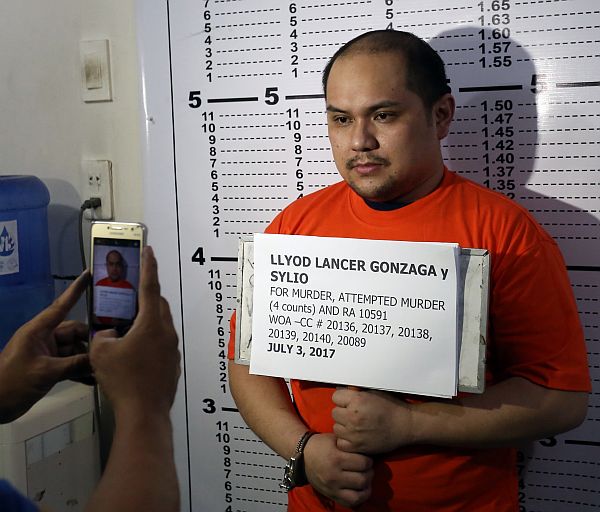 Police take a mug shot of Lloyd Lancer Gonzaga prior to his transfer to the Bohol provincial police.
CDN Photo/Junjie Mendoza

The alleged mastermind in the murder of environmental lawyer Mia Mascariñas-Green was shipped off to Tagbilaran City Jail in Bohol province after being presented to Cebu media yesterday.

Lloyd Lancer Gonzaga was turned over to the Bohol provincial police five days after he was arrested by personnel of the regional office of the Criminal Investigation and Detection Group (CIDG) in Davao City.

Gonzaga has been under surveillance for over a month after a civilian informant of CIDG informed the suspects of his presence in Davao City.

Gonzaga is a native of Davao City and has his own house in Barangay Buhangin.

“Actually, his rented house is just three kilometers away from the office of CIDG-11,” Apilat told reporters yesterday.

Gonzaga was then brought to Cebu City for proper documentation and medical checkup before he was brought to Bohol and detained.

Apilat said they are still looking for Benigian and Gonzaga’s two other unidentified accomplices.

“I hope that justice will be served for my lawyer and Lloyd will rot in jail,” she said in Cebuano.