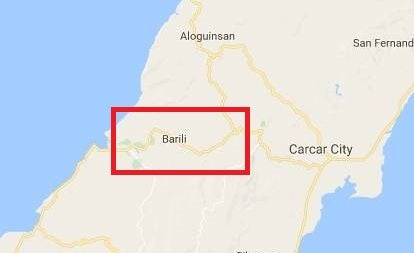 The election officer of Barili, a town 58 km south of Cebu City, was shot dead by a lone gunman on Monday afternoon.

Cresente Flores, 57, was standing outside his car near the public market in Barangay Poblacion, Barili, at past 1 p.m. when a man approached him and shot him in the head, police said.

The incident happened in full view of market goers and was captured on a closed-circuit television camera (CCTV) installed at the Barili Public Market.

Flores was rushed to the Barili District Hospital but was declared dead on arrival.

Witnesses identified the gunman as Mario “Gelmar” Timagos, a neighbor of Flores in Barangay Poblacion who reportedly held a grudge against the victim. Timagos is now being hunted down by police authorities.

Timagos is now being hunted down by police authorities.

“He (Timagos) was not wearing any face mask,” said PO3 Gilbert Encabo, investigator of the Barili Police Station.

In an interview over DYLA, the victim’s cousin, Barili Councilor Julito Flores, said Timagos was last seen in a drinking session when the election officer passed by.

Timagos allegedly followed Flores and then shot him at point blank.

Julito said Timagos was a drug user who surrendered to authorities during the implementation of Oplan Tokhang – a campaign where the police would knock on the doors of suspected drug users and urge them to surrender.Julito added that the slain election officer had filed a case against Timagos, although he was not privy to the details of the case.

Julito added that the slain election officer had filed a case against Timagos, although he was not privy to the details of the case.

Castillano said that he was informed by the police that the killing may not be related to the work of Flores as election officer.

“For now, that is what the investigators said. But that is not definite yet. The details are still sketchy. We still have to validate the reports,” he told Cebu Daily News over the phone.

“He (Flores) has been assigned as election officer in Barili since 2010. He is a native of the town. So far, he has not confided to me any threat to his life,” Castillano said.

Read Next
Burglars steal P2M worth of jewelry in Mandaue