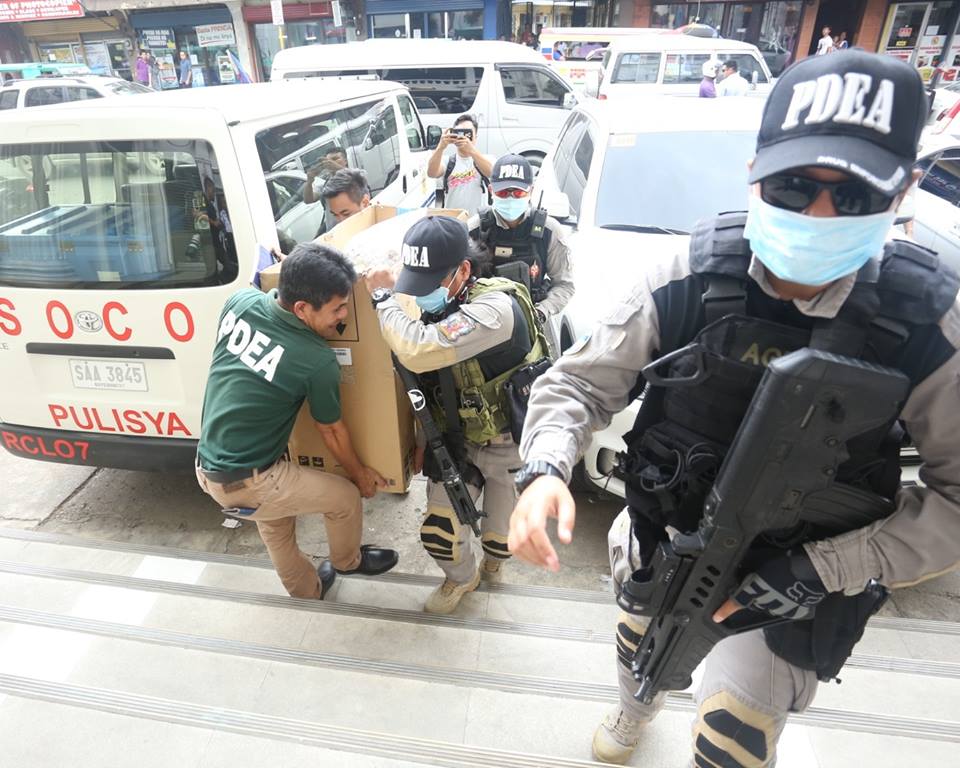 PDEA personnel carry a box of illegal drugs and drug paraphernalia to the Cosmopolitan Funeral Homes in Cebu City where they will be destroyed. (CDN PHOTO/LITO TECSON)

ABOUT P10 million worth of drugs confiscated from drug dealers across Cebu province were burned in a fire chamber at the Cosmopolitan Funeral Homes in Junquera Streets, Cebu City Wednesday morning.

Regional Director Yogi Felimon Ruiz of the Philippine Drug Enforcement Agency (PDEA)-7 led the opening of the three-key door storage room where the drugs were kept inside the PDEA office.

Ruiz said the storage room can only be opened using all three keys – one of which is with him.The other two keys are kept by the chief chemist and the evidence custodian.

All drug evidence seized from the operations are stored in the room and are only taken out for destruction upon a court order.

Read Next
Get treats with Toy Kingdom Amazing Card