Ramirez charged with possession of firearms 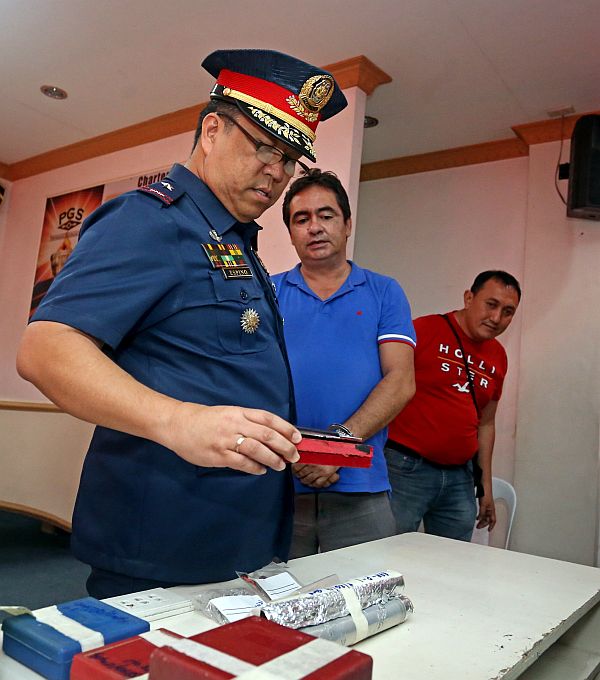 LAWYERS of Medellin town councilor Ricardo “Ricky” Ramirez opted to waive their right to file a counter-affidavit to the complaints of illegal possession of firearms and drug paraphernalia before the Cebu Provincial Prosecutor’s Office yesterday.

Ramirez, 53, was escorted by officers from the Provincial Intelligence Board of the Cebu Provincial Police Office (PIB – CCPO) past 3 p.m. yesterday, and presented him before Asst. Provincial Prosecutor Jerome Abarca for inquest proceedings, as they formally filed complaints for violating the

His lawyer, Dax Quijano, told reporters that they decided to waive his client’s right to file a counter-affidavit, which could have allowed their camp to refute the allegations made upon them.

With the absence of a counter-affidavit, Abarca decided to elevate the complaints before the Bogo City Regional Trial Court, which has the jurisdiction of the case.

Ramirez remains under the custody of the PIB – 7.

Last Wednesday morning, operatives from PIB – 7 raided the house of Ramirez at Sitio Lucha, Barangay Caputatan Sur in Medellin town after serving a search warrant for illegal possession of firearms.

Results of a query from the Firearms Licensing Division in Camp Crame revealed that only one of the eight high-powered firearms, an M16 rifle, was licensed but it had already expired last March 28, 2014.

Police also discovered nine other firearms with expired licenses, among them three .45 caliber pistols, one 9 mm caliber pistol, and a .22 rifle inside Ramirez’ house. They also confiscated several live ammunition.

PIB Chief Supt. Joie Yape said they will subject Ramirez to a drug test after seizing drug paraphernalia from his residence.