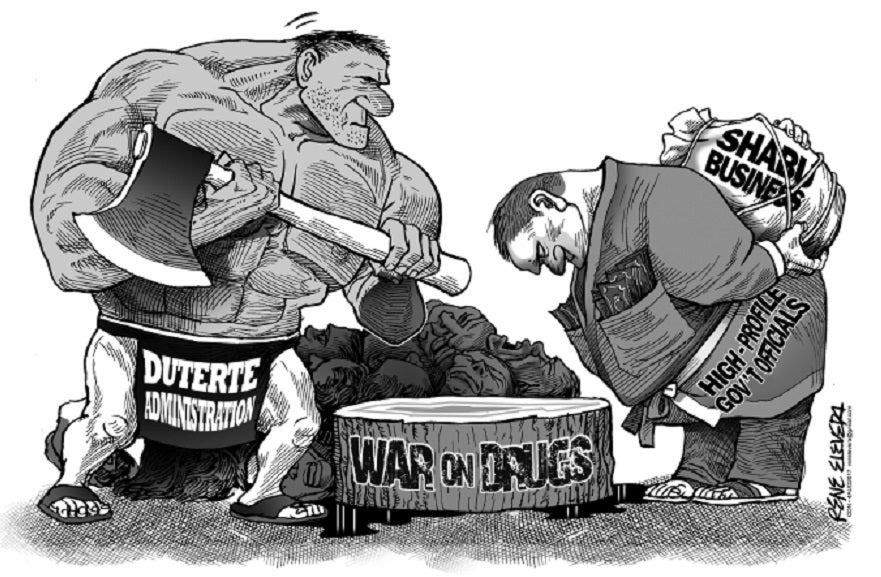 The deaths — not a few would say execution — of Ozamiz City Mayor Reynaldo Parojinog, his wife and 13 others at the hands of police, and the filing of drug trafficking charges against Filipino-Chinese businessman Peter Lim capped off what had been an especially frenzied week of anti-drug operations by the Duterte administration.

Unless something dramatic happens this week, Lim may count on a protracted legal battle with the government as the only thing keeping him alive. That’s something the late mayor Parojinog had a year to prepare for in response to being accused of drug ties by President Duterte, but unfortunately for him, time ran out.

Lim’s situation and Parojinog’s eventual fate illustrate the two faces of Philippine justice in the age of Duterte: one, the long, arduous yet ultimately upright way of prosecuting those suspected of criminal activities through the courts; and the quick, usually bloody yet more popular shootouts that result in the deaths of either or both the suspect and the pursuing police.

One need only read online posts or ask a person on the street what he or she thinks about the deaths of Mayor Parojinog, his family and bodyguards, and more often than not, one would be greeted with a double thumbs-up and a “good riddance to bad rubbish” comment in reference to the Parojinogs.

The Parojinogs’ ties to the Kuratong Baleleng criminal gang made them less sympathetic and even anathema to those outside of Ozamiz City where they had an almost cultlike following due to their generosity in sharing their alleged ill-gotten gains.

The late mayor Rolando Espinosa of Albuera town, Leyte province, hoped to replicate the Parojinogs by venturing into politics, but his drug ties had made him and his son Kerwin fair targets for the Duterte administration.

With both him and the Parojinogs out of the way, it’s up to the President’s people in the Department of Justice (DOJ) to pursue and build an airtight case against Lim.

Even with these developments, one cannot expect illegal drug activities to grind to a screeching halt. But the Parojinogs’ deaths and the charges leveled at Lim will perhaps tighten the noose further on the drug dealers who continually operate further underground in connivance with their protectors in law enforcement and public office.

Given the extensive connections and wealth of these drug lords, it is no surprise that public faith in due process had been eroded and set aside in favor of extreme solutions that aim to make quick work of these criminals. Like all quick-fix solutions, it is open to abuse, but an already weary and cynical public is none too pleased about arguments on human rights and due process.

Read Next
Body cameras for police