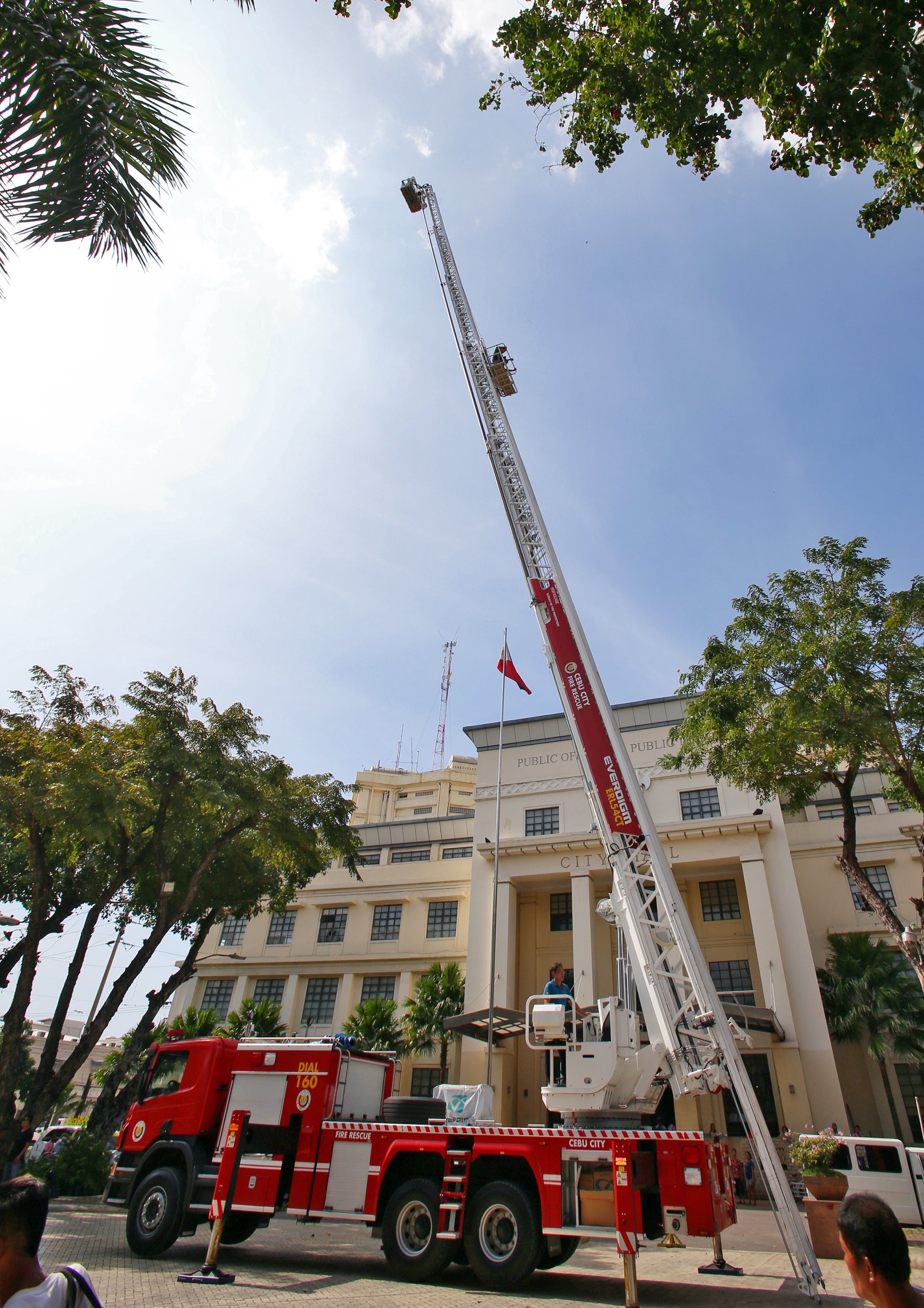 A P54-million ladder fire truck that can reach as high as 18 floors was turned over to the Bureau of Fire Protection in October last year. (CDN FILE PHOTO)

THE regional Bureau of Fire Protection (BFP-7) said it recorded 333 fire incidents in Central Visayas from January to June this year, about 40 percent lower than the 544 fire incidents recorded in the same period last year.

Senior Supt. Samuel Tadeo, BFP-7 chief, disclosed this to reporters as he reiterated the agency’s commitment to reduce fire outbreaks in response to President Rodrigo Duterte’s pledge to raise their salaries by year-end.

Tadeo said the President made the promise during the BFP anniversary in Manila last Aug. 2.

The BFP earlier opened a fire station in the towns of Alicia, Sevilla, San Miguel and Sikatuna in Bohol province and another one in Siquijor.

Tadeo said the bureau received lot donations from Sibonga and Aloguinsan towns in Cebu province and another seven towns in Bohol province.

Tadeo said the BFP-7 also raised its collection of fees from January to June this year at P55.7 million, about P20 million more than the P30 million collected in the same period last year.